What is a Pardon?

If you are considering applying for a Pardon, you better learn a few things about it. Don’t worry; you don’t have to turn mountains upside down, following we are giving you a small user guide. It gives you a basic intro of what pardons are and what you should expect when applying for one!

What is a Pardon?

A Pardon is exempting someone from punishment.

It is the act which exempts someone from the punishment of a crime. Pardoning power is the inherent right of people. They can choose to vest that power whoever they like. The state constitutions spell out where this power lies. Its usually granted to individual people. But it has been given to certain groups in history.

It doesn’t matter whether this power is made by a present or a state government, the decision to grant or deny pardon’s reasons within the executive’s discretion. This decision is (in most cases) final, and it is not subjected to a judicial review.

The decision of whether to pardon the offender is a matter of public welfare, and there are some things that the court doesn’t decide. But as this decision is submitted to review, there is sometimes no way to learn of what factors into the pardon decision unless some higher authority steps in to explain.

Pardons assume the offender feels guilt about their offenses and they have been rehabilitated. There some higher authority can grant or deny the pardon. Pardons can also be revoked before they are delivered, but not after delivered or accepted, unless the offender has fraudulently obtained them.

Pardons stand for the forgiveness of a crime, but they don’t clear off the guilt or expunge the record. This means the applicant must disclose their record at some time. But they can add the subject that they were granted a pardon.

This also means the court can consider pardoned offenses while they decide the applicant’s punishment for future crimes if you want to learn more about the effects of pardon, logon to NationalPardon.org.

There are a few different types. Every one of these types has its effects.  The Pardon can be full, partial, absolute, or even conditional. We are explaining them below:

Full: This type of pardon unconditionally absolves the subject of their conviction and its possible consequences

Partial: It only relieves the subject from some punishment or consequences.

Absolute: It grants you full immunity without any forsaken conditions

Conditional:  In this case, the subject receives some relieve, but there are some conditions apply. The person who seeks the pardon fulfills these. This must take place before the pardon is in-effect. For instance, the pardon can be conditioned on helping law enforcement solve the crime or locate its suspect. Conditional pardons do become void when a specific event takes place. This event is usually the offender becoming involved in other crime.

If this happens, the consequences can be dire. So, you have to be careful! 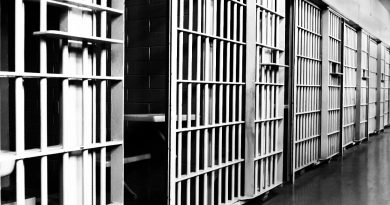