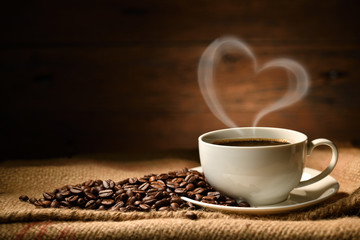 Caffeine can be extracted from coffee beans or manufactured in a lab. Coffee, energy drinks, tea, and chocolates contain the same primary ingredient. It’s a potent stimulant that can be utilized to gain muscle mass and stamina. Caffeine is considered a nootropic because of its ability to increase neuronal sensitivity and its stimulating effect on the brain.

It stimulates your brain and central nervous system to keep you awake and prevent fatigue. Some historians place the origin of brewed tea as far back as 2737 B.C. A long time later, an Ethiopian shepherd allegedly found coffee after seeing how much vigor it gave his goats.

It wasn’t until the late 1800s that caffeinated soft drinks and their successors, energy drinks, became widely available. Eighty per cent of people throughout the globe now regularly consume something with caffeine. Caffeine, once ingested, is swiftly absorbed by the digestive tract and carried throughout the body. The liver processes it further, producing chemicals that can alter organ function. Caffeine prevents the brain’s adenosine receptors from activating, keeping you alert. This prevents adenosine from working, therefore reducing fatigue.

Here are five common foods and drinks that contain caffeine

Chocolate cake is a delicacy that many people enjoy. Caffeine is a by-product of the chocolate used in its preparation. The heart rate and blood pressure can increase in response to the stimulant effects of caffeine. Some chocolate cakes contain more caffeine than others, but this highly depends on the recipe. Approximately 30 mg of caffeine can be found in the 2-3 teaspoons of cocoa powder often used in recipes.

Coffee is a popular beverage that assists with concentration and provides additional energy. Many rely on their first cup of coffee every morning to get their day off to a good start. In addition to making, you feel more awake, coffee has been linked to several possible health benefits. In other words, this is more than enough motivation for you to start brewing. The most caffeine you can get from food comes from coffee. How much caffeine is in a cup of coffee? A mug of filter coffee contains 140mg of caffeine, while one mug of instant coffee contains 100mg of caffeine. Caffeine stimulates the central nervous system, giving people more energy and helping them feel less tired. It raises the levels of other brain chemicals that control your energy, such as dopamine.

The main ingredient in energy drinks is caffeine, which has been shown to improve physical performance in adults by increasing endurance and strength, improving reaction time, and delaying fatigue. However, the way it affects people varies greatly. Energy drinks have about the same amount of caffeine as a cup of filter coffee that you make at home. The average amount of caffeine in one serving unit (250 ml) of a regular energy drink is 80 mg. If you drink energy drinks, don’t drink more than 16 ounces (473 ml) daily and avoid “energy shots.” Also, try to drink less coffee and other drinks with caffeine to prevent the harmful effects of too much caffeine.

Any tea that has been chilled is iced tea. Whether it’s made by letting it sit in the fridge (like a cold brew) or by putting it in a glass with ice cubes, iced tea will keep you cool for a long time. Sugars, syrups, and even fresh fruit can be added to iced tea to make it taste better. Lemon, peach, raspberry, and mint are all common flavors. Iced tea is a popular drink worldwide, but different cultures serve it differently. Some people like iced tea, which is very sweet, while others like plain cold tea. In some places, citrus fruits are used to flavor iced tea, while ginger is the flavor of choice in others. Iced tea is a great way to get the caffeine you need to stay awake. It does this by making your mind work better and helping you pay attention to the task at hand. Caffeine can be found in many different kinds of tea.

Even though caffeine boosts energy, you shouldn’t depend on it alone to keep you going all day. When you reach for a caffeinated drink during the day, remind yourself that food can give you just as much (or even more) energy. Protected: WHAT TO WRITE ON A THANK YOU CARD 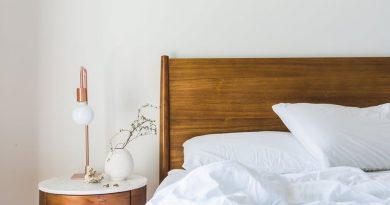