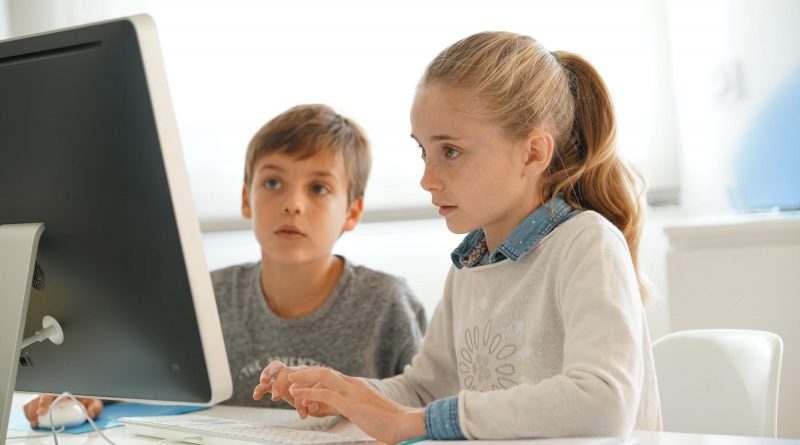 Does it feel like your child is just about always staring at a screen?

Most kids these days fall into this category. Recent reports have revealed that the average child between the ages of 8 and 18 spends more than seven hours every day looking at a screen.

If your child is coming anywhere close to that, it’s time to start limiting their screen time. You should keep a close eye on their computer time, in particular, since it’s not uncommon for kids to spend hours parked in front of a computer screen.

Here is how much computer time you should allow your kids to have while they’re growing up.

In the first year and a half of your child’s life, it’s important for you to keep them away from screens at all costs. They shouldn’t be permitted to use smartphones, tablets, or computers at any point.

If you give infants access to screens, it can cause them to develop bad habits. It can also impact their emotional and psychological development.

You can periodically allow a child under 18 months old to video chat with a relative if it’s your only option for communicating with that relative. But otherwise, your child shouldn’t come anywhere close to a screen early on in life.

Children Between 2 and 5 Years Old

When your child hits the 18-month mark, you can slowly start introducing them to screens. More often than not, young kids will begin to show an interest in watching TV.

But you shouldn’t allow your child to sit in front of the TV or any other devices for extended periods of time on their own. You should monitor what they’re watching and limit how long they’re using electronics.

It’s good to help your child develop great computer time habits early on in their life. You’re going to have a tough time getting them to step away from screens if you let them do whatever they want between the ages of 2 and 5 years old.

Children Over the Age of 5 Years Old

Once a child reaches the age of 5, you can start to give them more access to the TV, the computer, and all of the other electronics in your home. But you should also keep monitoring what they watch and restrict their screen time.

Generally speaking, most experts advise parents to limit screen and computer time to about two hours per day for children between the ages of 5 and 18 years old. They shouldn’t be in front of a screen for anywhere near seven hours at any point.

Make sure you maintain your home’s computers and other devices so that they’re not running slowly and forcing kids to spend more time on them than they would otherwise. Find out more about how to do this so that your kids can make the most of their screen time.

Most parents set up some kind of computer time restrictions for their kids. But they don’t always follow through on the rules that they put into place.

It’s so easy to allow your kids to sit in front of a screen all day long since it keeps them occupied. But it could be bad for them in so many ways. Make every effort to stick to your guns when it comes to limiting computer time.

Read our blog for more tips on managing your child’s use of technology.

Getting ready for the Holidays with Wonder Forge games!