Until a couple of decades ago, the Internet was a concept that only a few could use. Today it is an integral part of our life. The same is happening with newer trends, and what is now the subject of discussion in narrow circles of specialists may soon become our new reality.

Today, 90% of people do not know about the metaverses, but there is a possibility that in the foreseeable future they will densely enter our lives. In this article, we will explore the concept of the metaverse and consider the security issues associated with it.

The concept of the metaverse. What is everyone talking about?

Each company sees the image of the virtual universe in its own way, so the metaverse has received several definitions that contradict each other or have little to do with reality.

For example, Mark Zuckerberg defined the metaverse as the internet where you are, instead of looking at it from the outside. According to Microsoft, the metaverse is a permanent digital world inhabited by digital twins of people, places, and things.

Nevertheless, many analysts and CEOs of large corporations agree on one thing: the metaverse is not a single program, but a vast network of information. In other words, the metaverse is the new chapter of the internet.

Security in the metaverse

While the concept remains vague, its popularity is skyrocketing. In this regard, concerns arose about the safety of the new metaworld. Cyber ​​attacks, old and new, will inevitably find their way into the metaverse, highlighting the need to take care of the security of immersive worlds from the start.

On the other hand, such a system will allow people to work more honestly and openly, because they are always under the supervision of other users. For example, you used to be able to buy likes on Instagram to promote your account, but you weren’t required to talk about it. Now you can still use any kind of promotion, but all users will know about it, as it happens before their eyes.

Of course, if you are not doing anything illegal, then little will change for you. However, be prepared for the fact that you now need to be as open as possible.

Another issue of interest to security professionals is user privacy. We have already witnessed a lot of hacking and falsification of various gaming accounts, so it is fair to assume that a new universe with a huge number of entertainment services will face a similar problem.

Augmented reality equipment and other tools in this new digital world are greatly increasing the amount of data that tech companies can collect. For example, an attacker can even access information such as heart rate, eye and finger movement. Unfortunately, user biometrics are particularly sensitive information that, unlike bank card numbers and account passwords, cannot be changed.

In this regard, it will no longer be possible to remain anonymous. Many bloggers are accustomed to the fact that their audience for the most part consists of accounts without photos and personal information. Therefore, they could buy Instagram likes from such profiles and not think that these are real people.

If after that they saw negative comments, then they could say that they do not care about the opinion of fakes. But now every like and comment is important, because in addition to an avatar with a cat, a person’s information, his bank cards, his life are tied to him. You can not leave a real character without attention. 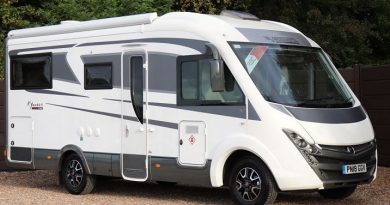 Top Reasons To Travel By Motorhome With Your Family