Disclosure:  I was not compensated for this post, however, I did receive  free accommodations and services, for the Roosevelt Baths and Spa (The Gideon Putnam Resort and Spa).  The opinions expressed in this post are 100% my own. I am disclosing this in accordance with the FTC guidelines.

Roosevelt Baths and Spa at the Gideon Putnam

The development of the Roosevelt Baths and Spa was quite an undertaking for the time, and a boon for the area.  There were jobs aplenty, to fell the trees (which were used to build accommodations for visitors) erect the spa itself, construct highways, and of course, there was the excavation and piping of the mineral springs. In the 1830’s visiting the spa was known as “taking the cure”.  In 1929, then Governor Franklin Roosevelt, appointed a commission to develop a heath treatment facility, which brought on the reconstruction of the Lincoln Bath House.  It was reopened in 1935 and President Roosevelt officially dedicated the Roosevelt Bath House l and ll.  It has since been renovated again so that visitors from all over the world can continue to take the cure.

We were given glasses of spring water and then had our treatment plans explained to us, after which we were taken to our individual treatment rooms for our minerals baths. 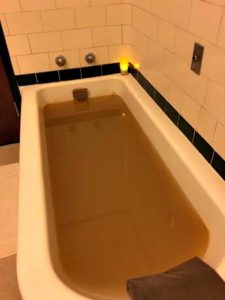 Let’s talk a bit about the tubs. They are the perfect size for stretching out.  They drop 4 inches below the floor.  Attendants provide me with a stool for inside the tub (because I’m short) so that it was easy to get in and out of it. The water was reddish in color from the minerals.  There was no sulfur smell whatsoever, even though it does contain some sulfur. I was slotted for a 20 minute soak before my massage, but honestly, I would have liked to have stayed for hours.

The Roosevelt Baths and Spa Mineral Baths are Glorious!

The mineral water for the spa comes from the Lincoln Spring, which is one of 17 in the area. The water is naturally carbonated and it is one of only 2 naturally carbonated springs, in the country. The water contains hydrogen sulfide, salts of iron and even lithium. Straight from the springs, it’s a chilly 50 degrees.  When filling the bathtubs, which by the way, are the original for the construction in the 1930’s, hot fresh water is added to bring the overall temperature up to 97 degrees. The water provides great buoyancy, so you can literally float your cares away.

The individual treatment rooms have lighting that dims and a small tealight glows from the edge of the tub.  Tranquil music plays while you relax and let all your tension melt away. When it was time to move to another room for my massage, the attendant came back with a heated towel, robe and slippers.

Each room has a private bathroom should you need to use the facilities, and there is a comfortable chair for ease of dressing and undressing.

I trained as a massage therapist, so I do know a lot about protocol and treatment modalities.  My massage therapist was as professional as they come, but by no means, stuffy. She made sure that I was comfortable and relaxed, then she checked with me concerning any medical problems that I might have, that would impact my treatment.  When I explained that I have screws in both legs and a K wire in my foot, she assured me that she would be very gentle in those areas, and then encouraged me to let her know if she did anything at all, that caused even the slightest discomfort.  She also asked me throughout my massage, if any pressure was too much, or if I needed to move to get into a more comfortable position. We chatted about family and interests, and I could tell that she was naturally in-tuned to her clients wishes. (Some people prefer almost total silence during their massages and others like to talk throughout. I’ve even had sessions when we have sung Christmas Carols together and laughed until we cried!)

I was so relaxed when my time was up, I practically melted into my clothing.

I believe that there are about 28 massage therapists on staff at the Roosevelt Baths and Spa.  They also have expert estheticians, manicurists and other professionals, along with Acupuncture Physicians. The list of services available are just too many to include in this posting but I’ve included a link below.

Come on your own for just a soak in the mineral baths or for a massage. Book a package of services or a special group getaway.  Be sure to arrive early – 45 minutes or so, before your treatment(s) is scheduled, so that you can shower (if you like), steam, or just spend some down time in the relaxation room. There are separate men’s and women’s lockers, if you are able to get to the spa before your appointment time.

The Roosevelt Baths and Spa was a total treat and I look forward to being able to visit them again, and to stay at the beautiful Gideon Putnam Hotel! 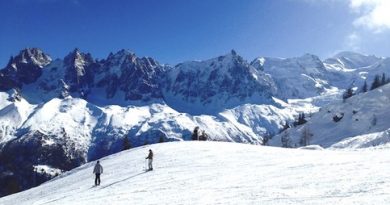 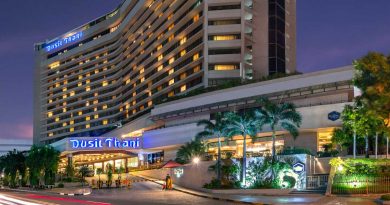 Do You Plan to Visit Makati? 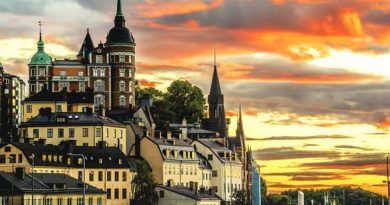 19 thoughts on “Roosevelt Baths and Spa at the Gideon Putnam”

Vagamon: A gateway to green

5 Must-Have Things for a Bachelor Party in Las Vegas