Disclosure:  I was not compensated for this post. However, I did receive a free accommodations and services, from the Gideon Putnam Resort and Spa.  The opinions expressed in this post are 100% my own. I am disclosing this in accordance with the FTC guidelines.

Get Away and Relax at the Gideon Putnam Resort and Spa 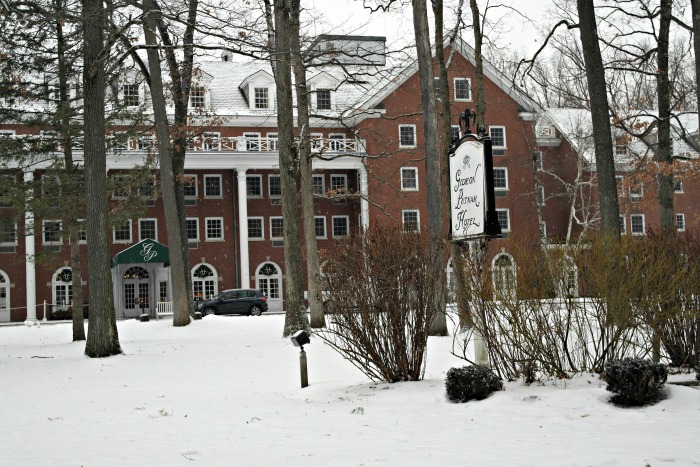 I recently spent the night at the  historic Gideon Putnam Hotel, and got pampered at the Roosevelt Baths & Spa.  The properties are nestled on the outskirts of the Saratoga State Park in Saratoga Springs, New York.  At just minutes from the Opera Saratoga and Saratoga Automobile Museum, there is a lot to take in and do.

We arrived late in the afternoon on Valentine’s Day for our Share the Romance getaway.  In our room, we found waiting for us: 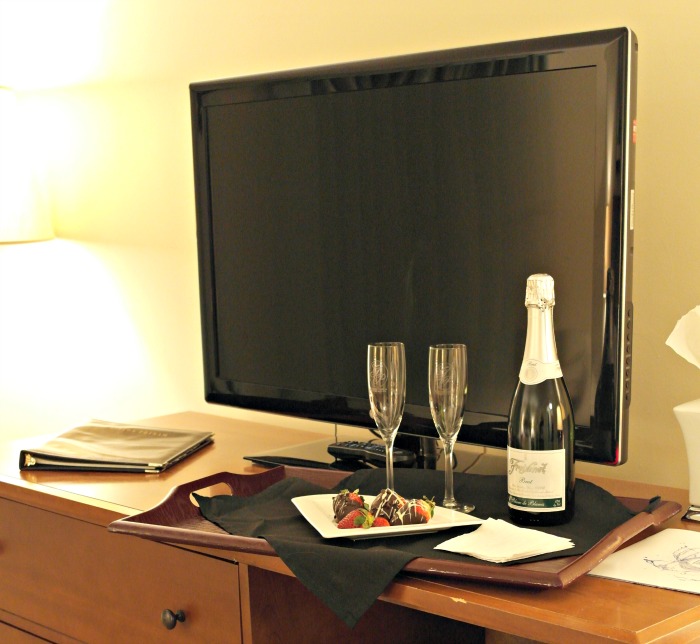 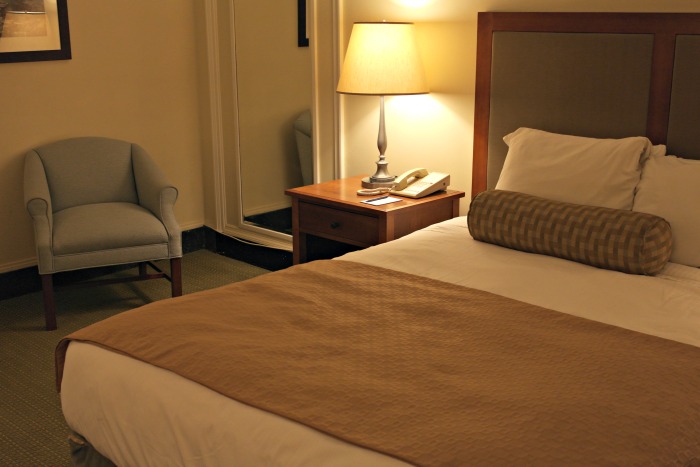 After settling in, we went down to dinner (which was included in the “package”) at Putnam’s, the resorts signature restaurant.

The restaurant, which is open for breakfast, lunch and dinner, reminded me of traditional “Men’s Club”.  The walls are covered in forest mural scenes.  Beautiful arrangements of fresh flowers adorn the room. During the summer, when weather is nice, there is also patio dining. Our waitress, Anna, was very friendly and helped us to decide on our meals.  After much deliberation we finally chose:

My not so adventurous better half chose the salad and steak.  I mean there isn’t a lot to say about iceberg lettuce, but the Steak was tender and the potatoes and green beans were tasty.  Now me, on the other hand, I’ll try just about anything, and let me tell you…the Apple Pumpkin Bisque was out of this world. The mixture of sweet and savory along with the toasted pumpkin seeds and tangy Crème Fraiche, was absolutely perfect. As far as the beef goes, the meat literally fell off the bone and was delicious, as were the whipped sweet potatoes.  I’m one of those people who wants my cold food ICY cold and my hot food HOT – not spicy, but temperature wise. (My kids will tell our servers to just set my plate ablaze.) So, when I asked Anna if she would take my plate back and nuke if for a moment, she did me one better.  She brought out a huge bowl of piping hot sweet potatoes, that was glorious. It could double as a space heater…just the way I like it. And let me tell you about the beets.  They were huge slices of white beets (I know my way around produce, but I had never seen these before), that had just the right mixture of spices that complemented their original flavor.

The hotel (originally called a guesthouse, and named the Putnam’s Tavern and Boarding House), was built by  Gideon Putnam, and completed in 1803. Many of the locals called it “Putnam’s Folly”.  They never thought that it would amount to anything.  After all, it was a very posh place in the middle of the wilderness. Little did they know.  The three story structure was expanded several years later to include a ballroom, parlor and dining room, and was renamed the Union Hall.

Of course, the hotel now has all the modern amenities, but it retains the feel of another era. From the moment you set foot inside, you are taken back in time. 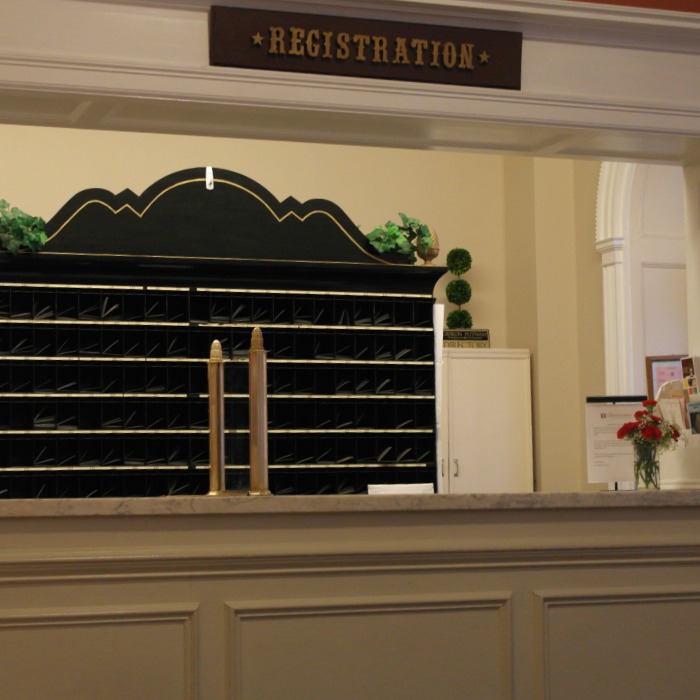 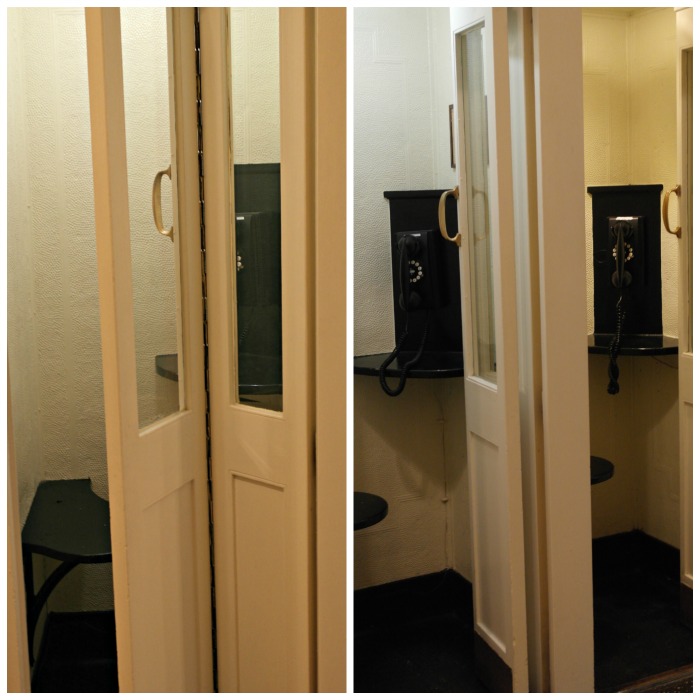 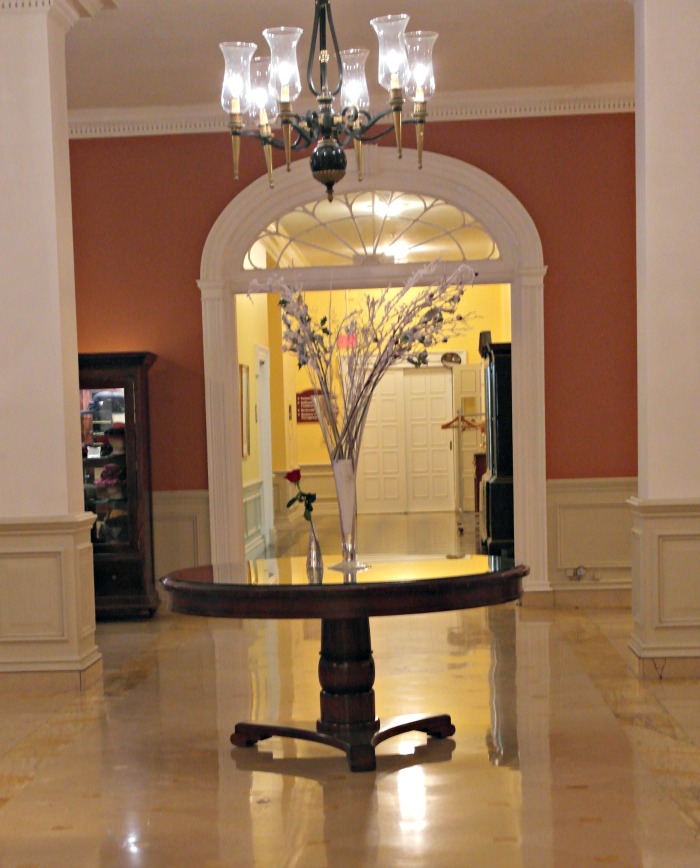 We found all of the staff at the hotel to be friendly and courteous. This smiling guy is Bob, and he transported us from the hotel to the spa and then back again.  He was an absolute gentleman.  It was cold and we told him to stay put, but on both rides he insisted on opening the doors for us and helping us to get in and out.  He even came into the spa, to make sure that we navigated the outside steps safely since it was after dark when our treatments were finished. 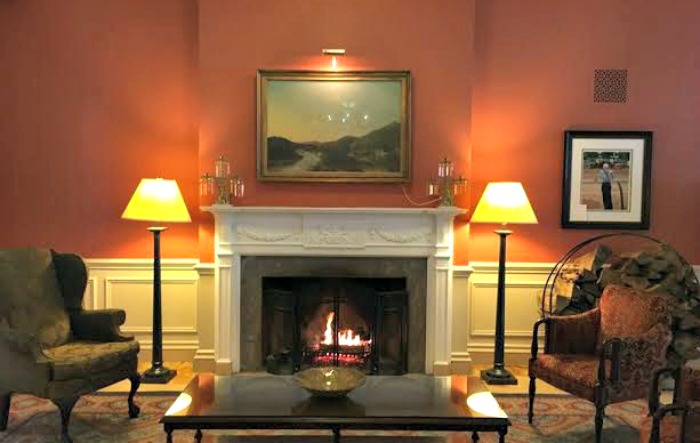 It was so nice to come back to this warm and inviting spot in the Gideon Putnam Lobby. We also popped into the gift shop before heading back to our room.  There were so many cool things, we had a hard time deciding what to buy! 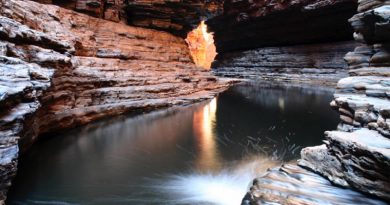 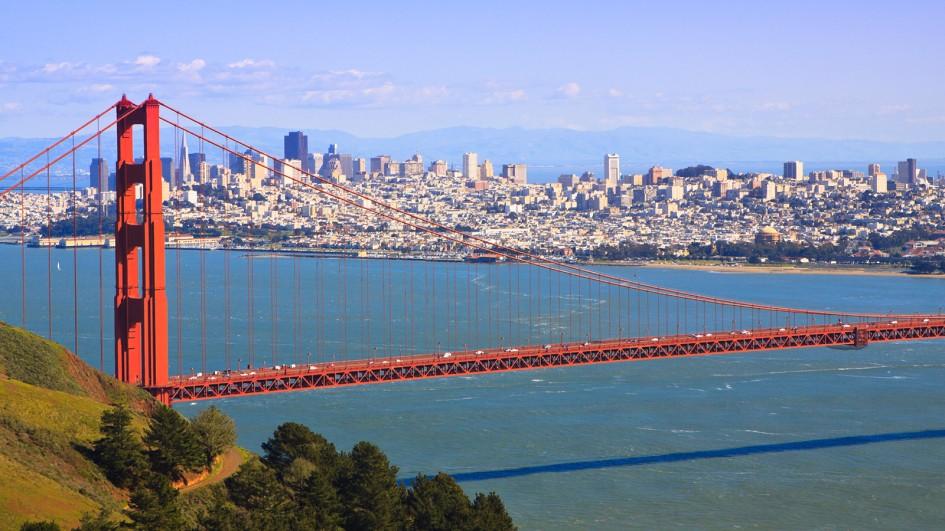 Why the United States Makes the Perfect Travel Destination 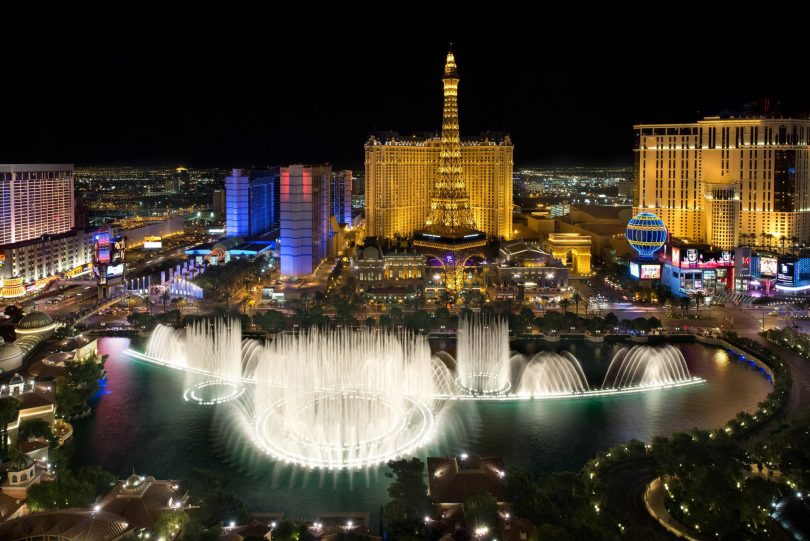 SHH! Here Are The Most Underrated Stag Party Ideas & Destinations!