I was not compensated for this post, however I did receive a free sample DVD for review from SHOUT FACTORY & CARTOON NETWORK, all opinions expressed in this post are 100% my own. 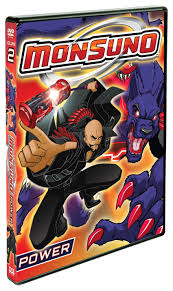 Here we go again, showcasing some great movies to share with the kids while they are off for the summer.

This past  May 21.2013 Shout Kids Factory unleashed Nationwide the DVD MONSUNO: POWER.

While searching for his lost father, young Chase Suno has been given a great gift in the form of a powerful creature named Lock. The loyal Lock is a Monsuno created by Chase’s father for the sole purpose of protecting his son from those who would use the Monsunos to dominate the globe. With his best friends, Bren and Jinja, Chase must do whatever it takes to protect the Earth from its ultimate destruction, even if it means taking on his most powerful rivals — armed with their own Monsunos — one by one. 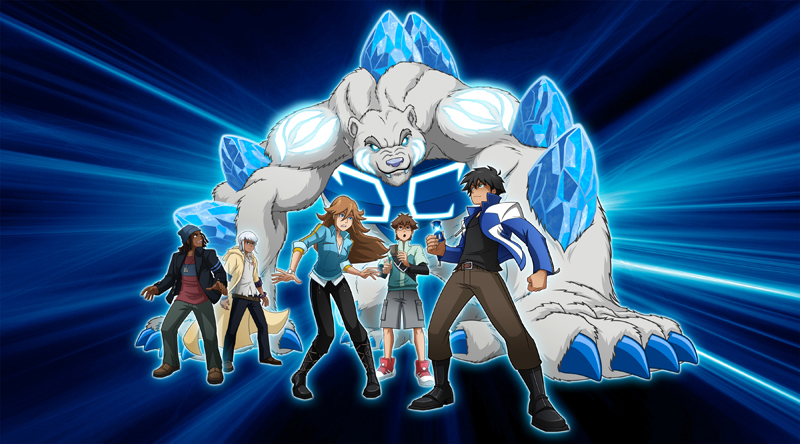 MONSUNO is an epic boys action adventure series where kids discover, command and battle creatures with tremendous destructive potential. When a race to harness the power of Monsuno ensues between a group of everyday kids and the evil forces focused on destroying the Earth, the young heroes spring into action to defend the planet. Built around powerful, action-driven animation, dynamic characters and a deeply woven original story mythology, MONSUNO provides a completely original entertainment experience.

The MONSUNO:POWER retails for $14.97 and are in stores Nationwide.

Coming to a store near you July 16.2013 will be REGULAR SHOW: The Complete First & Second Season from CARTOON NETWORK.

Now this show is for kids ages 12 & up and for all the fans who love the cartoon Regular Show. The DVD has both the First & Second Season along with special features.

Regular Show is a breakout television

series featured in the Monday night comedy block on Cartoon Network, which also includes Adventure Time. The series stars two best friends and slacker park groundskeepers, Mordecai and Rigby, who also happen to be a blue jay and a raccoon. Their attempts to escape their everyday boredom take them to fantastical extremes, much to the chagrin of their boss Benson (an anthropomorphic gumball machine). Other characters in the show include Pops (a lollipop), Skips (a yeti), Muscle Man (a muscle man) and many others.

Regular Show fans, say it with us: OOOOOOOOOOOOOOOHHHHHHHHHHHHHHHHHHHHHHH!!!!!! On July 16, 2013, your patience will finally pay off as Cartoon Network releases the much-anticipated Regular Show: The Complete First and Second Seasons on DVD and on Blu-ray. Jam-packed with all 40 11-minute episodes

from the series’ first and second seasons – yes, that’s 440 minutes of your favorite, hilarious episodes! – the release marks the first time the Emmy Award-winning animated series created by J.G. Quintel (The Marvelous Misadventures of Flapjack, Camp Lazlo) and produced by Cartoon Network Studios will be available as a full season set and the show’s

first Blu-ray release. If that’s not enough of a draw, both the DVD and Blu-ray will also include more than two hours of bonus features,

The three-disc DVD release will come with a suggested retail price of $36.94, while the two-disc Blu-ray release will be $39.98.

Well there you have it a few good movies to share with the kids this summer. Stay tuned we will share plenty more.

I was not compensated for this post, however I did receive a free sample DVD for review from SHOUT FACTORY & CARTOON NETWORK, all opinions expressed in this post are 100% my own. 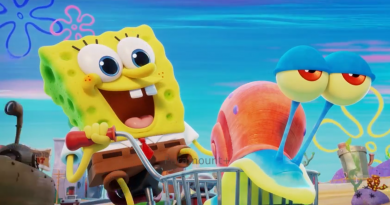 The SpongeBob Movie: Sponge on the Run debut on March 4 on Paramount+.

8 Facts To Know About The PS4.