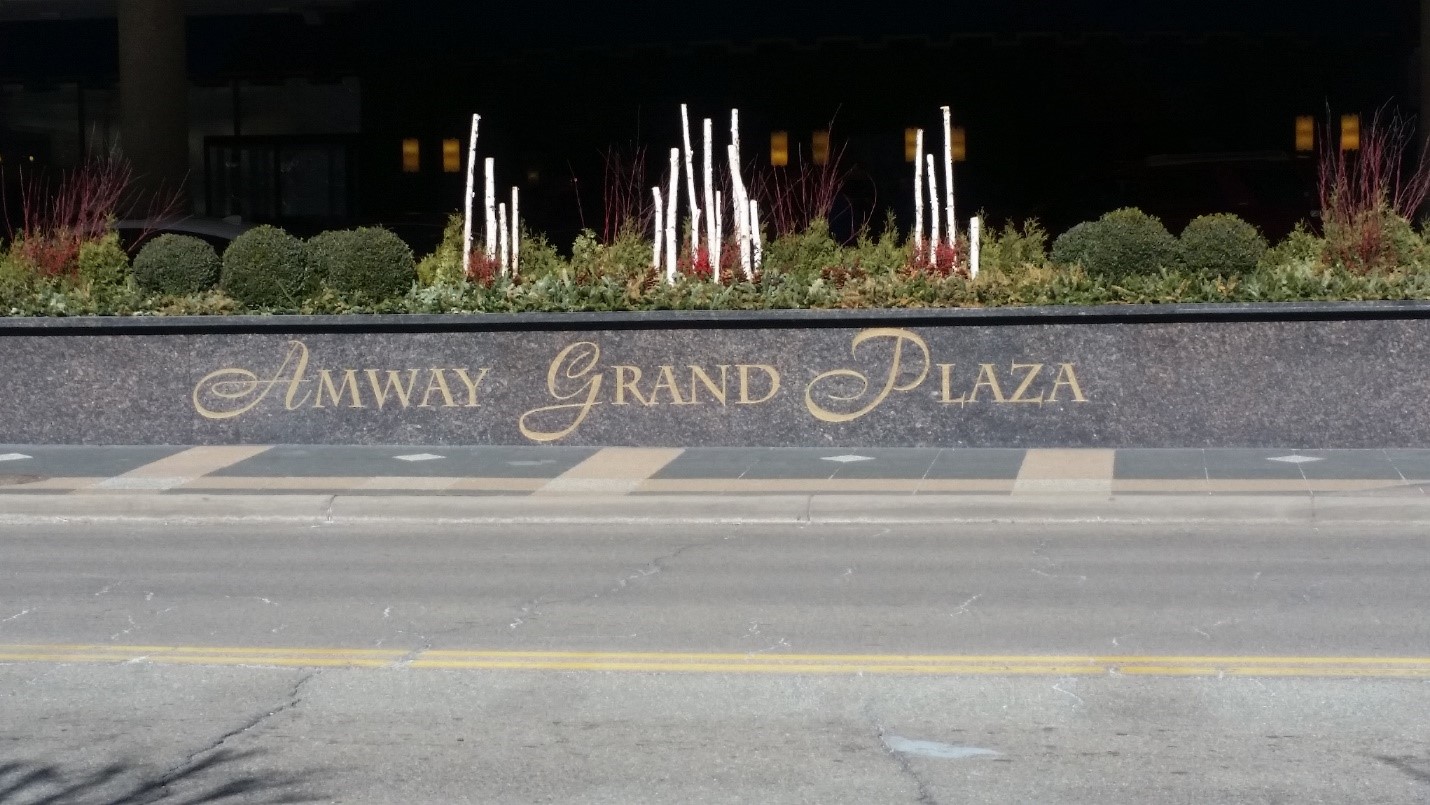 Disclosure:  I was not compensated for this post. However, I did receive a free accommodations and services, from the Amway Grand Plaza Hotel.  The opinions expressed in this post are 100% my own. I am disclosing this in accordance with the FTC guidelines.

The Night Helper Blog had the opportunity to spend a fabulous weekend getaway in Grand Rapids, Michigan inside the Amway Grand Plaza Hotel, one of the most prestigious hotels in the world courtesy of a special PR representatives (Stephanie) who made sure we didn’t need or want for anything. This hotel is second to none and provides abundant of history and cultures for its guest and residents of Grand Rapids. Amway Grand Plaza Hotel is located right in the heart of downtown Grand Rapids and very close to all of Grand Rapids fabulous attractions. Before I tell you about the amazing adventure we had let me give you a little background of this beautiful hotel
In 1913 the cornerstone of the Pantlind hotel was laid, and initial construction of the hotel began. Consider other important milestones of the year 1913 to gain some perspective: It was the year of President Gerald R. Ford’s birthday, the first year of the income tax and the inspiration for the name of The 1913 Room – now known as Ruth’s Chris. 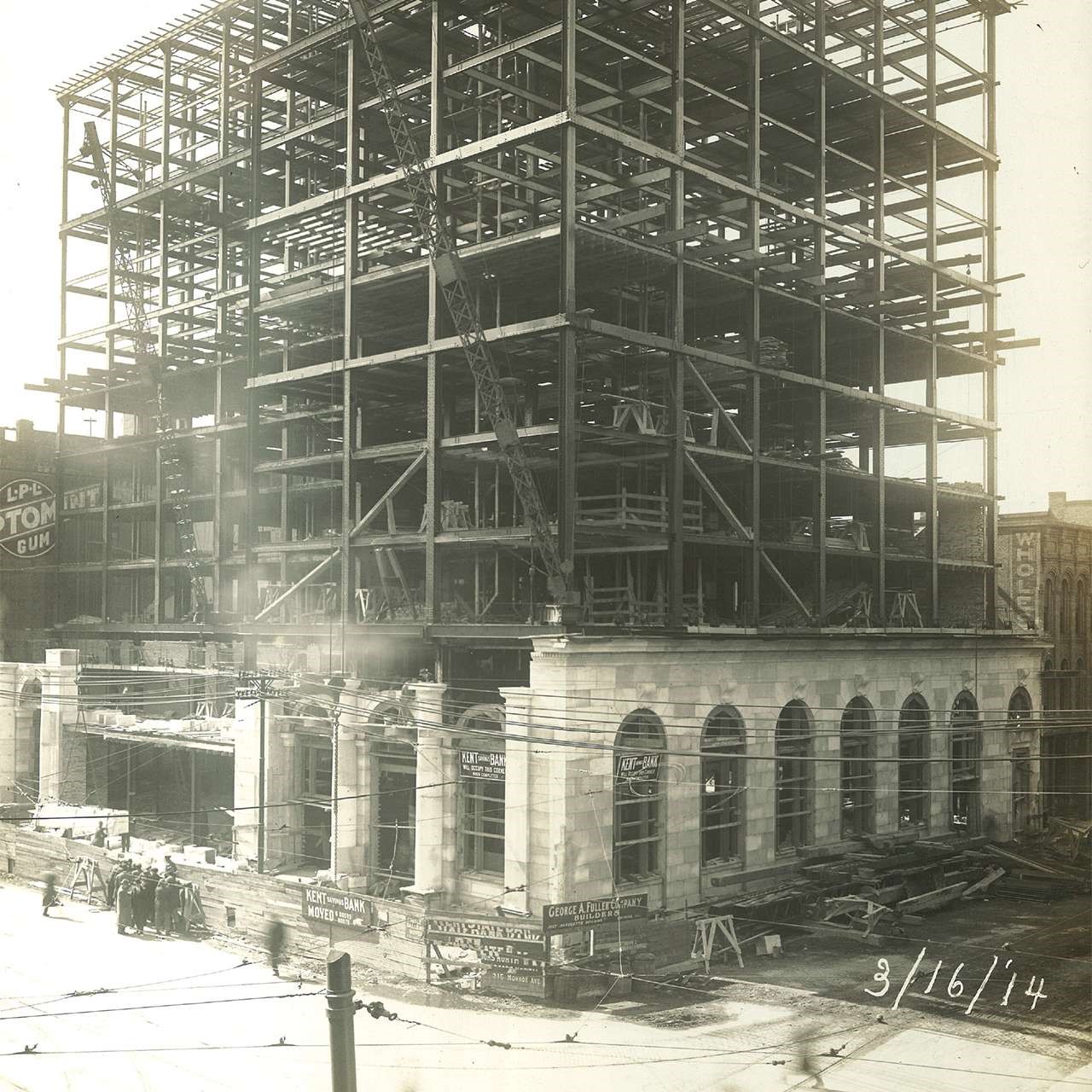 In 1916 The Pantlind hotel reopened after extensive renovations. Fashioned after English Adams architecture by designers Warren and Wetmore, the hotel’s special details included one of the world’s largest gold-leaf ceilings and two of what are, quite seriously, the world’s most stunning chandeliers, both located in the Pantlind lobby. 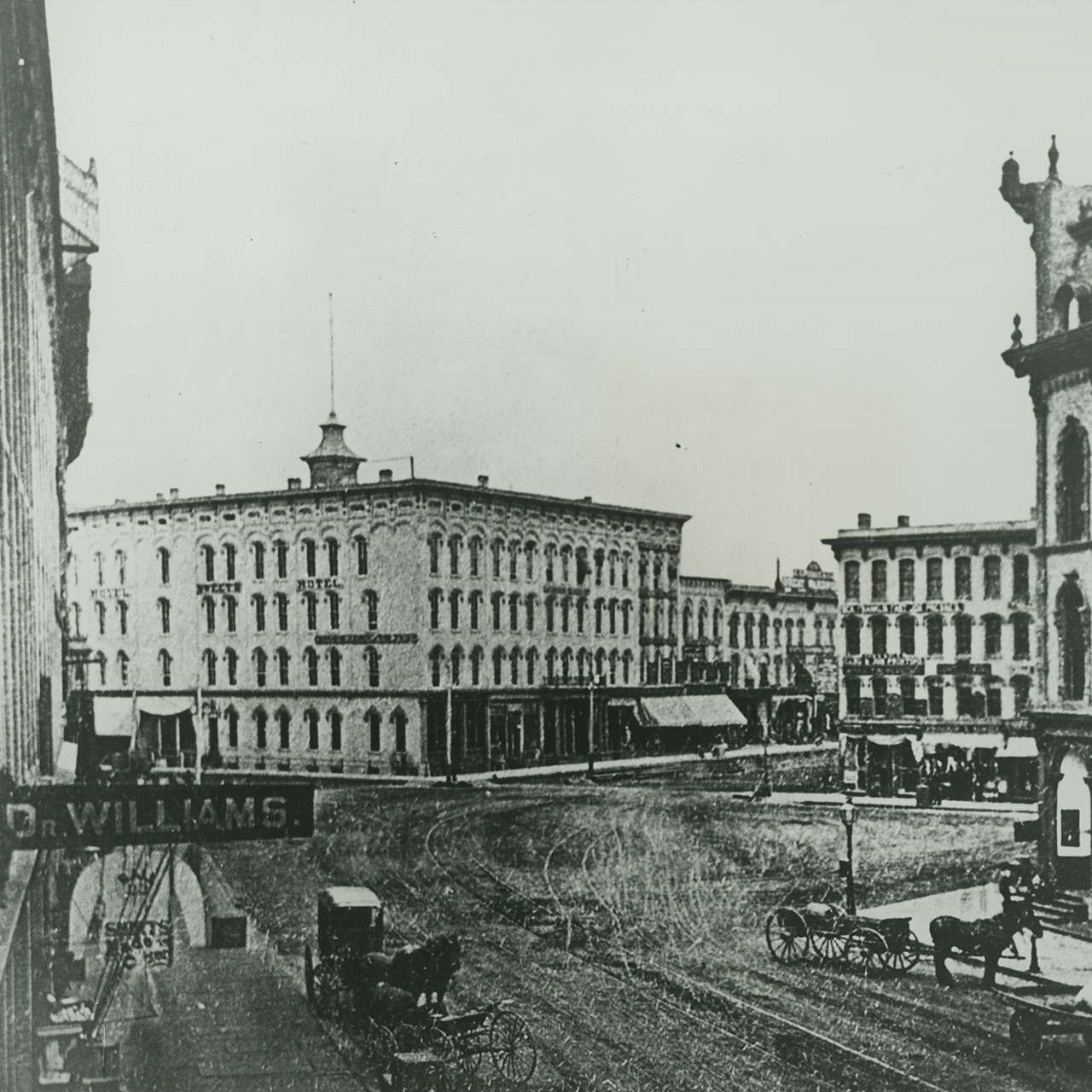 In 1925 By this time, the former Pantlind hotel was not only the hottest hotel going in West Michigan, it was ranked “One of the 10 Finest Hotels in America.” 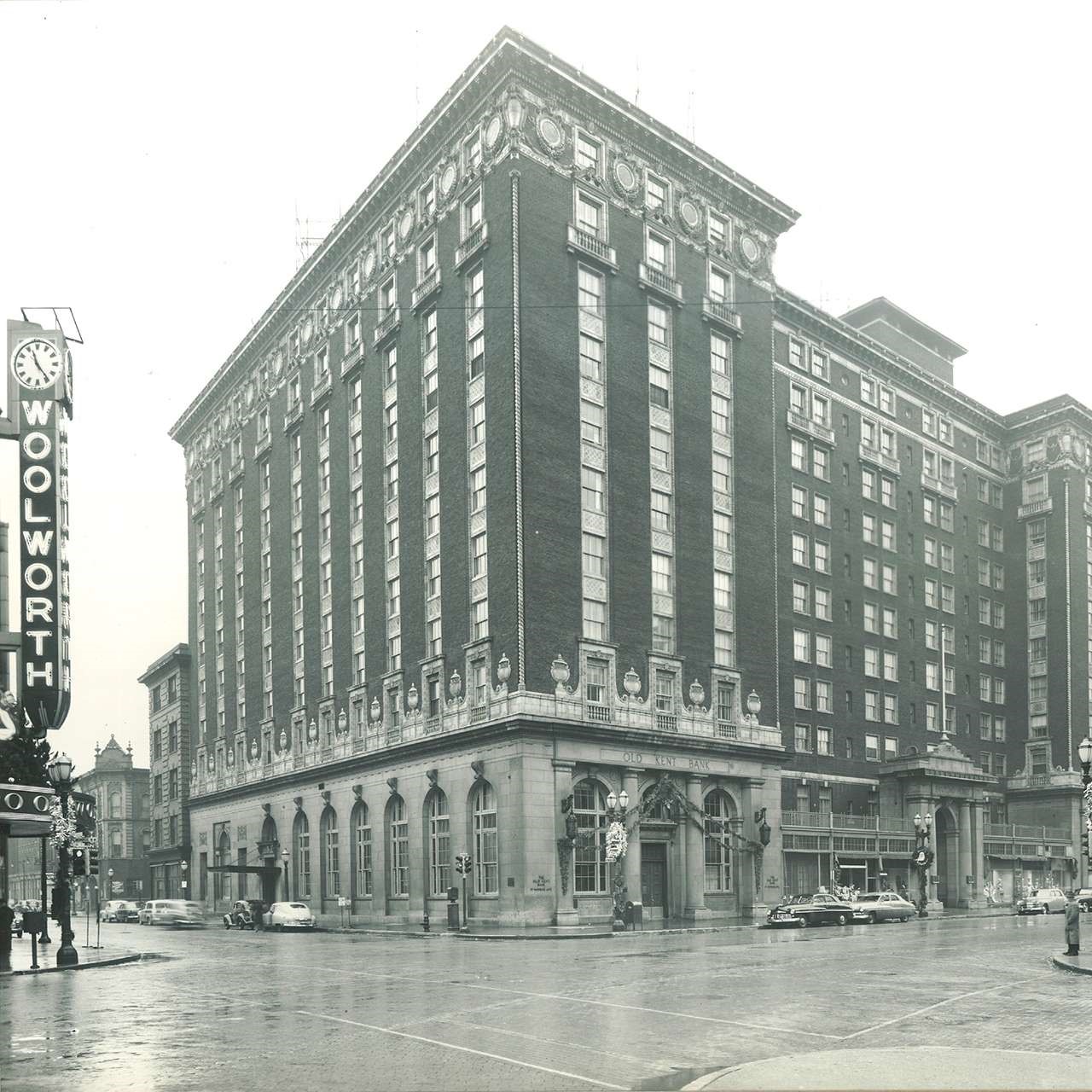 In 1979 after the hotel, along with downtown Grand Rapids, fell from favor as people discovered the suburbs, The Amway Corporation acquired the historic Pantlind and carefully restored it to its former glory. 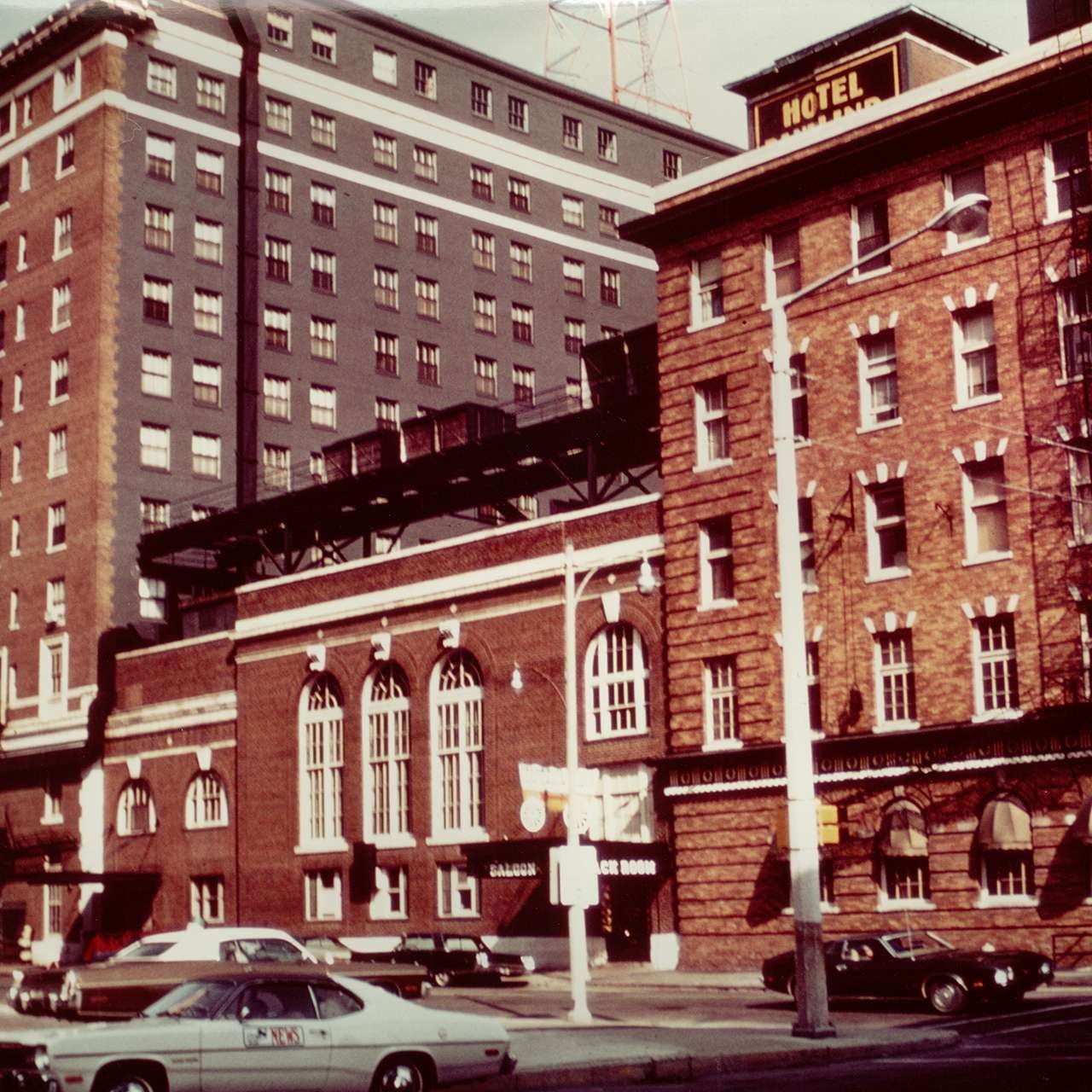 While in 1981 Amway Grand Plaza opened, adding the Glass Tower in 1983 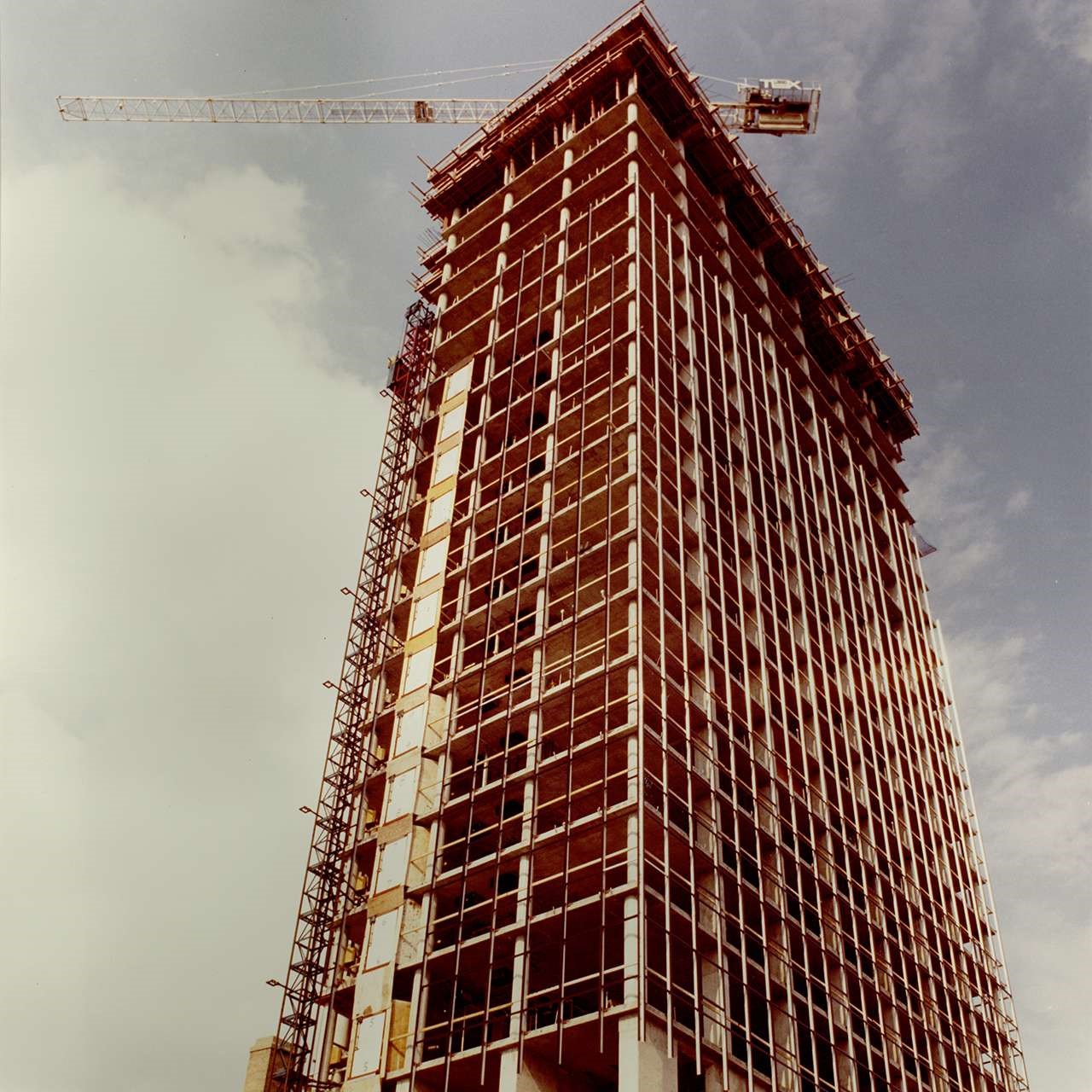 In 1995- 2000 along with bringing the Amway Grand Plaza back to its former glory, something else amazing happened along the way; The hotel’s rebirth sparked the resurgence of downtown Grand Rapids. 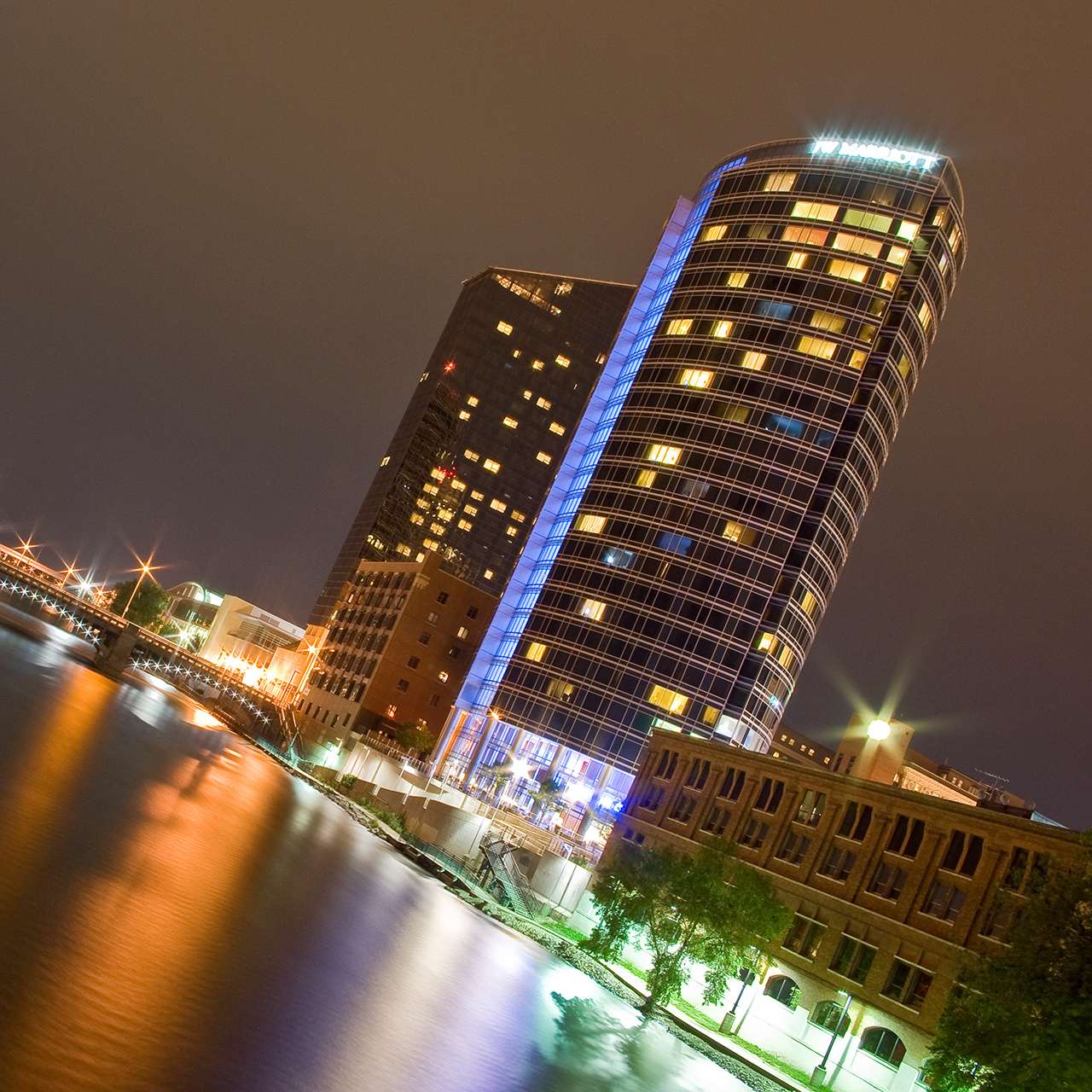 After reading about this beautiful hotel it was finally our time to experience what Amway Grand Plaza had to offer. We arrived a bit early not knowing how bad the traffic would be while traveling to downtown Grand Rapids we ended up getting there around 2:30pm and check-in time wasn’t until 4pm. We wanted to notify the hotel that we have arrived and to find out the parking arrangements, the front desk associates informed us that our parking was taking care of for the duration of our stay and we could check in and go to our room now if we wanted too. Amway Grand Plaza Hotel here we come!
As we walked through the glass doors we couldn’t help but notice how beautiful this hotel was.

We marveled at how beautiful the hotel was, from the sparkling floors to the colorful wall art, this hotel was the best we’ve seen in a long time.

The lobby area was cut out of a movie, it had music playing while every staff member walked by smiling and greeting you, this place had a very welcoming feel to it, it also didn’t hurt that it was the size of a small mall and even had a few shopping places in the main lobby area. 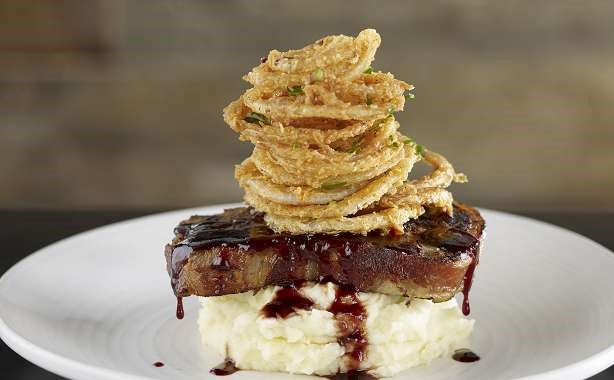 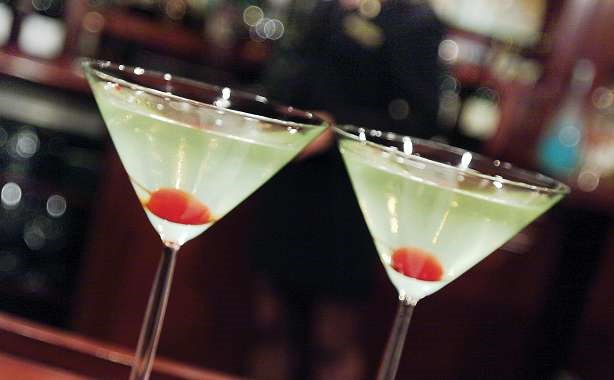 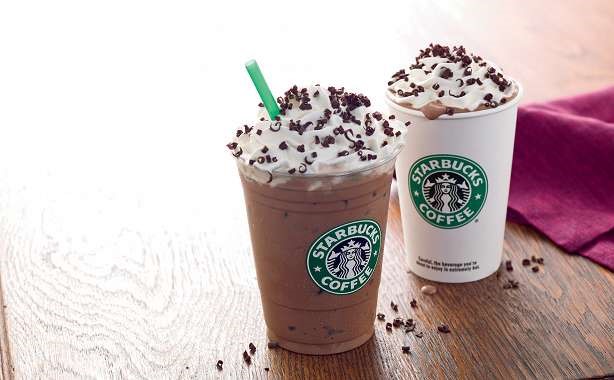 We went to our rooms and there was no drop off from the lobby area, the rooms were very clean and well maintained, huge TV with a very unique style carpet and painting on the walls, the rooms had a view of the water and other nearby buildings and the Public Museum. 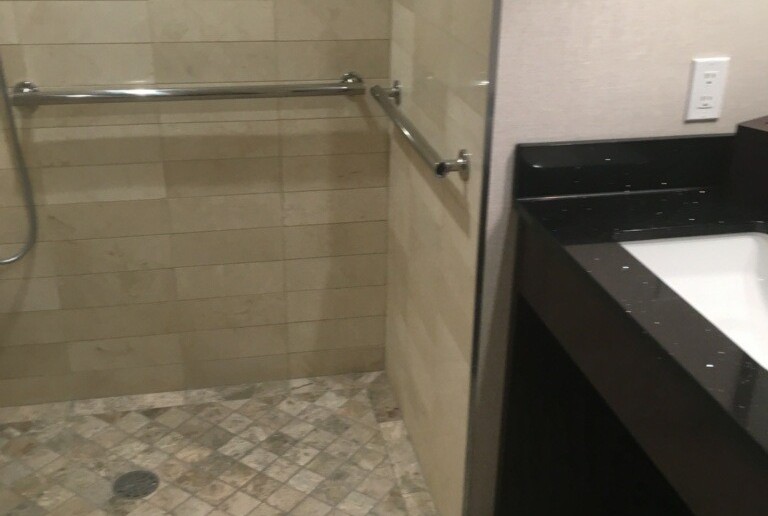 We were greeted with a special package that was put in our name and left for us, inside it had some of the main attraction where we could take on the “Grand Rapids Experience”. Inside we received a visa to cover our food along with passes to all of the Museums and other attractions nearby such as the Grand Rapids Art Museum, Urban Institute of Contemporary Art, Public Art Museum, Frederik Meijer Garden, John Ball Zoological Garden and Gerard Ford Museum and a few more. 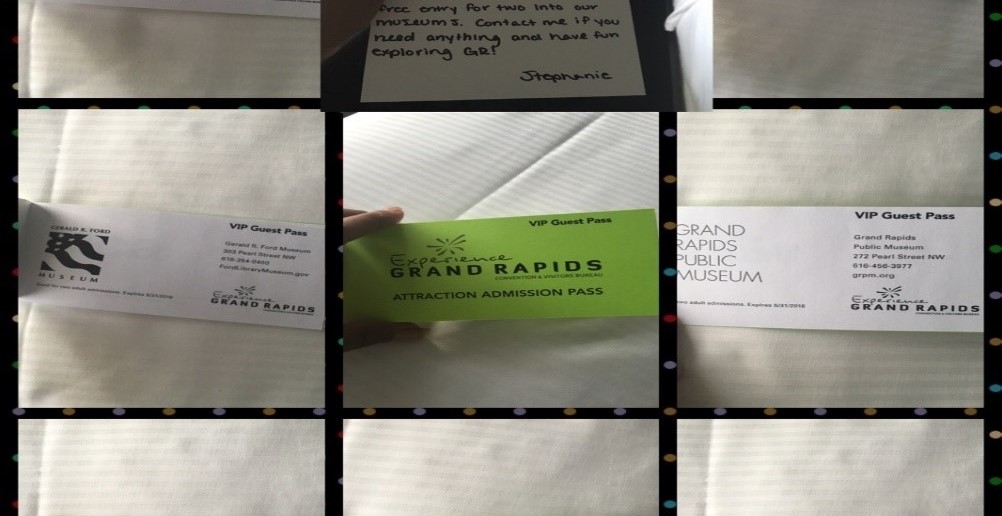 While we were unable to attend all of the attractions whether because a few of them were close because of time of year or being remodeled, we were able to still enjoy the downtown area and some of the attractions. We visited the Grand Rapids Art Museum, the Urban Institute of Contemporary Art and the Public Art Museum.

While I enjoyed all of the attractions I must say my favorite was the Public Museum.

After viewing all of the fun activities we could, we had this ideal of just going back to the pool and relaxing, but it was still one more place we wanted to go and it was a comedy show inside B.O.B at Dr. Grin on the third floor. So we decided to go in style, we saw this beautiful horse by the name of Dixie and we took a horse and carriage ride to the comedy show. 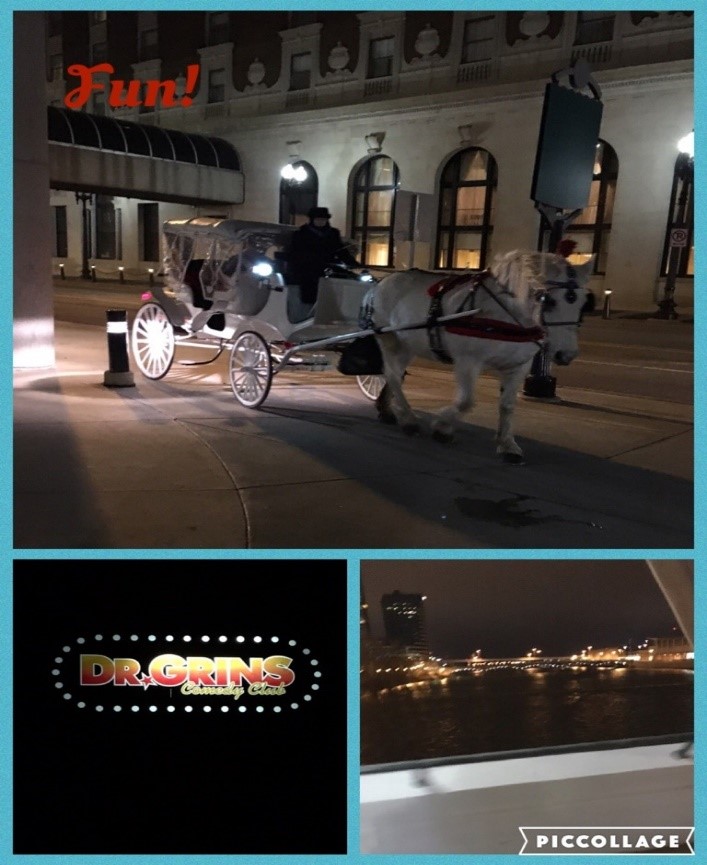 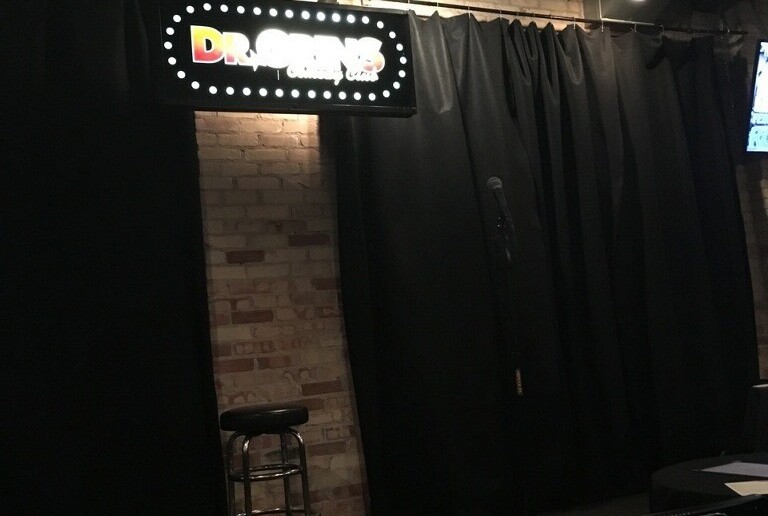 This hotel had it all, from the great room service to the Spa to the bars/ restaurants inside of it. Everyone was courteous and provided great services, this is one of the hotel experiences you dream about having and I must say we had a “Grand Experience” visiting the Amway Grand Plaza Hotel and Grand Rapids.

Once again, Thanks Stephanie!!!

Disclosure: I was not compensated for this post. However, I did receive a free accommodations and services, from the Amway Grand Plaza Hotel. The opinions expressed in this post are 100% my own. I am disclosing this in accordance with the FTC guidelines. 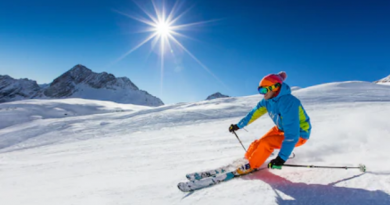 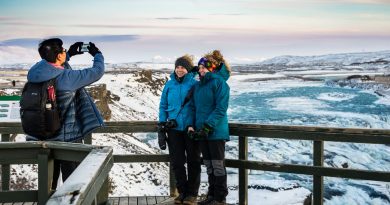 How to Layer Clothes for Travel 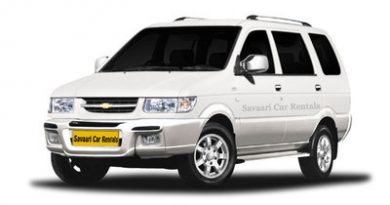 A pre-rain road trip from Pune to Mumbai

75 thoughts on “#GrandExperience with the Amway Grand Plaza Hotel. #Experiencegr”

Traveling With A Baby: Your Survival Guide