Billy Markus, Dogecoin’s co-founder has hit out at Mozilla, the firm behind the famous Firefox browser for putting a stop to crypto donations. Mozilla halted all crypto donations citing climate change reasons and the impact crypto mining is having on the environment. Mozilla wants to evaluate whether or not crypto mining aligns with the company’s established climate goals.

Billy Markus tweeted his displeasure concerning Mozilla’s move, indicating the environmental impact of the conventional banking system and fiat currency. In his tweet, he asserted that the general public should be made aware of the environmental cost of the traditional banking infrastructure and paper dollar. He continued to say that he’s certain both will have a similar level of impact on the environment.

The anti-crypto uproar began on the 31st of December 2021 when Mozilla prompted its users to make donations to the foundation either in Bitcoin, Dogecoin, and Ether. Mozilla stated that the Mozilla foundation will be receiving crypto donations through the BitPay platform or the The Official website.

The announcement was met with a storm of criticism and fuss with several cynics alleging the non-profit organization was damaging its prestige. A few of these individuals further threatened to halt future donations. The massive disapproval also included that of Jamie Zawinski, Mozilla co-founder, who no longer takes part in the project since 2000.

Zawinski was ardent in his criticism after making a tweet against crypto. He further went on to his website, publicizing a blog post stating that the business model of the crypto industry is unrealistic. He asserted that the crypto industry only produces pollution and nothing else and investors go ahead to turn that into money.

Following Zawinski’s displeasure, Mozilla went ahead and halted all crypto-related donations. Now, the company is planning to hold an internal discussion on the environmental impact of crypto mining. Mozilla asserted that it will evaluate its policies and stance on crypto donations and see if it aligns with its climate goals.

In response to Mozilla’s anti-crypto move and the barrage of crypto critics on Twitter, Billy Markus, Dogecoin co-founder tweeted his disapproval. He made a clear argument pointing out the environmental effect of the conventional banking system and paper dollar. On the other hand, crypto supporters and enthusiasts in retaliation against Mozilla’s anti-crypto move have vowed to stop using the Firefox browser.

Although, this won’t be the first time a major firm stops receiving cryptocurrencies citing its environmental impact. Earlier in 2021, Elon Musk, the CEO of Tesla Motors announced the company will stop accepting Bitcoin as a payment option. He based the reason for the abrupt decision on environmental concerns citing the negative impact bitcoin mining has on the environment.

Elon’s claims at that time sure did come under criticism. But since then, crypto miners are now more focused on environmentally friendly approaches to mine bitcoins and other cryptocurrencies.

During an interview with Cointelegraph, the co-founder and head of product for Rarible, Alex Salnikov made some interesting comments. He believes the recent pressure for the crypto industry to become more eco-friendly will be good for the industry. He claimed that the extra pressure is a blessing in disguise. They added that the pressure will accelerate the crypto sphere to become more energy efficient with POS blockchains.

Certainly, there’s the need to be environmentally conscious considering the negative impact of a lot of anthropogenic activities on the surroundings. Yes! It’s proven that Bitcoin mining negatively impacts the environment but that does not translate to a total disregard for the digital coin.

With miners now enlightened about the environmental impacts of crypto mining, environmentally friendly approaches are now being put in place to minimize these impacts 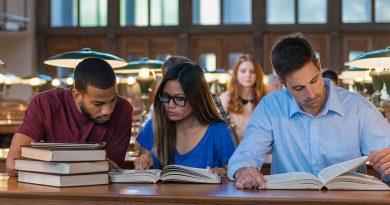