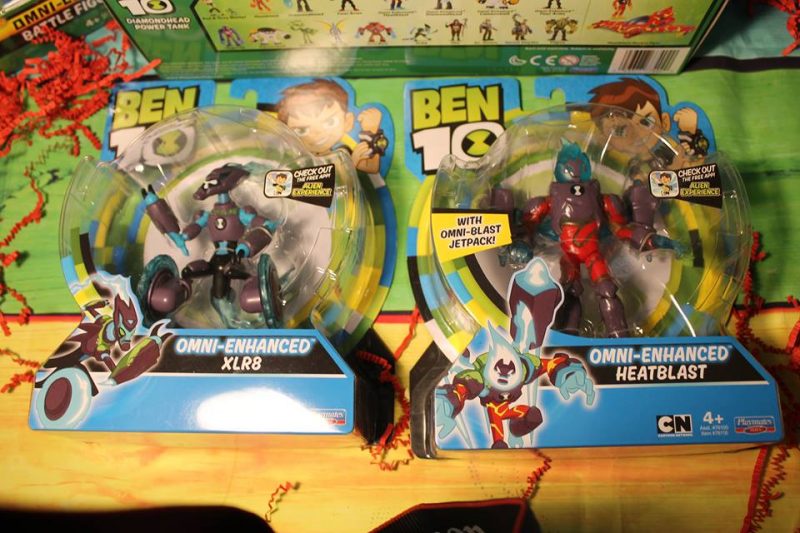 If you have kids I’m sure they are aware of the cartoon Ben 10. Ben 10 comes on the Cartoon Network and it airs on Saturday morning. 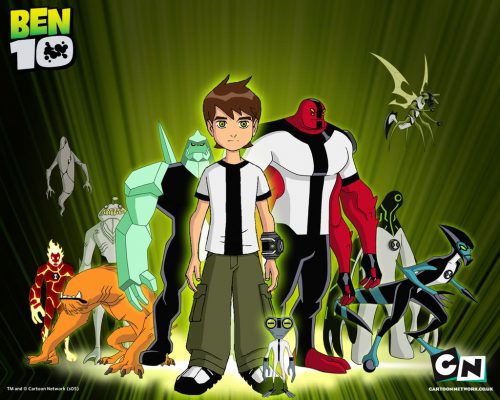 Ben 10 is an American animated series created by “Man of Action” (a group consisting of Duncan Rouleau, Joe Casey, Joe Kelly, and Steven T. Seagle), and produced by Cartoon Network Studios. The pilot episode aired on December 27, 2005, as part of a sneak peek of Cartoon Network’s Saturday morning lineup and ever since it has been going strong.
Cartoon Network debuted a fresh take on the beloved Ben 10 animated series in the U.S. in 2017, centered on the adventures of fun loving, 10-year-old Ben Tennyson, who finds the Omnitrix, a mysterious watch that transforms him into 10 different heroic aliens. Since its debut, the series has delivered top ratings.  In 2018, the series continues with season 2 featuring Ben’s newly Omni-Enhanced™ aliens.
Now Ben 10 Spring 2018 New Product Introductions from Playmates Toys are ready to enter into your home, so your kids can experience some fun. 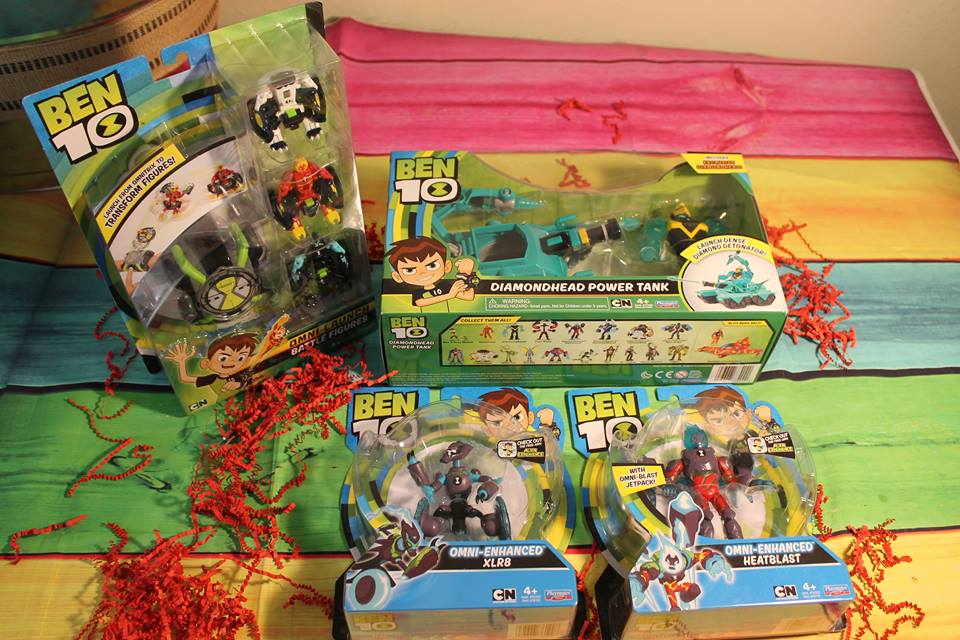 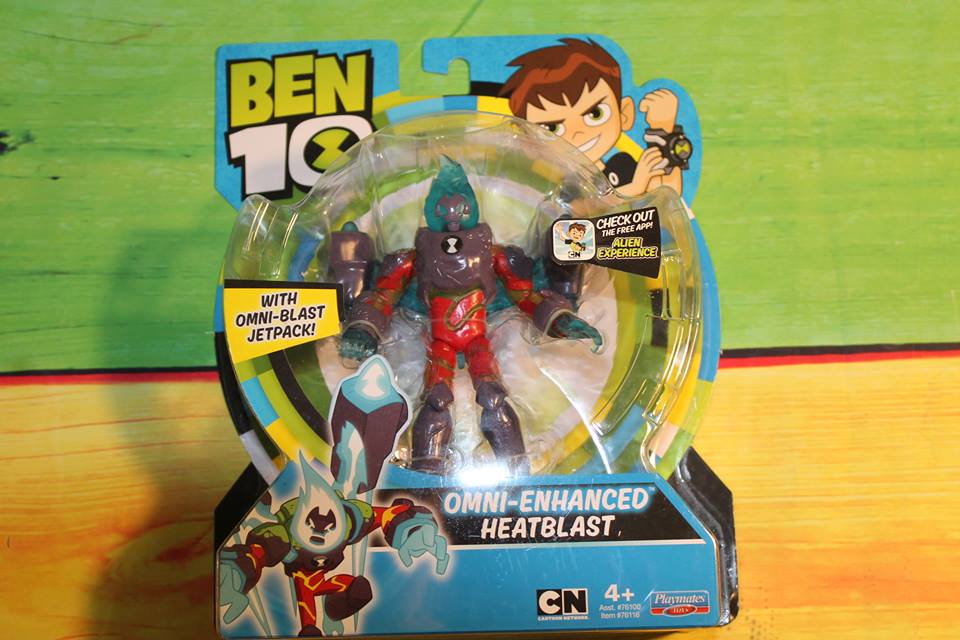 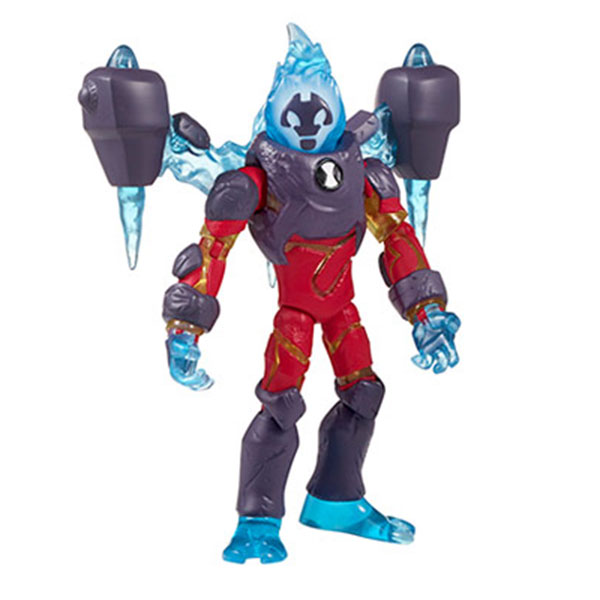 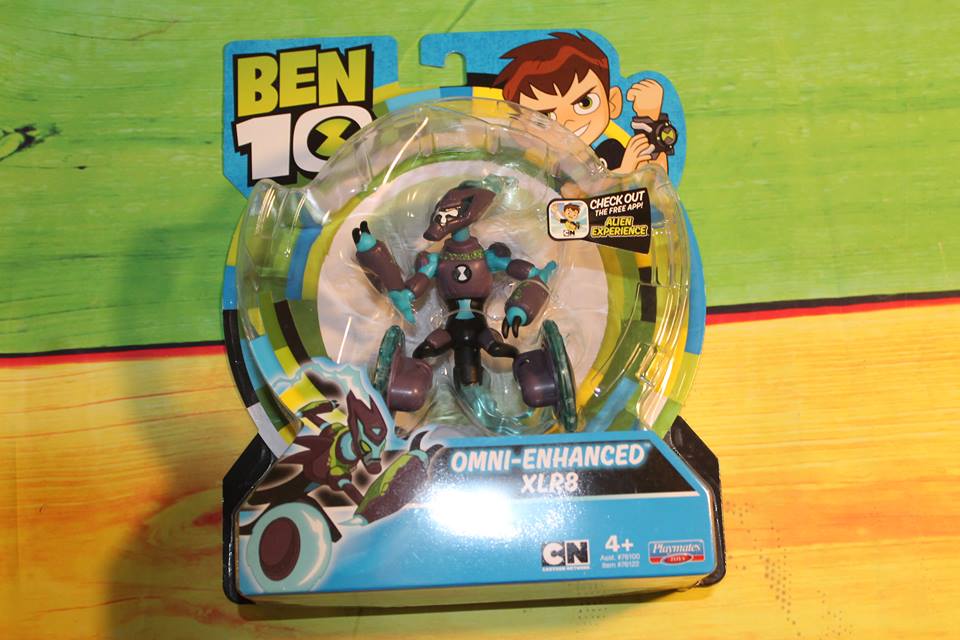 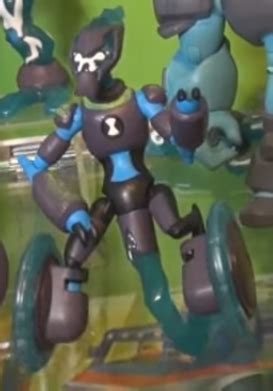 Both action figures range in height up to 5″ and is equipped with many cool accessories and are crafted with some  cool features. These two are a part of a collection of Ben 10 action figures that your kids can add for more adventure fun. They retail for $8.99 and are in many retail stores, plus they are recommended for kids 4 and up!
Our next Ben 10 Spring Toy is called the DiamondHead Power Tank which is a part of Ben 10 Alien Vehicle with Exclusive Figures. 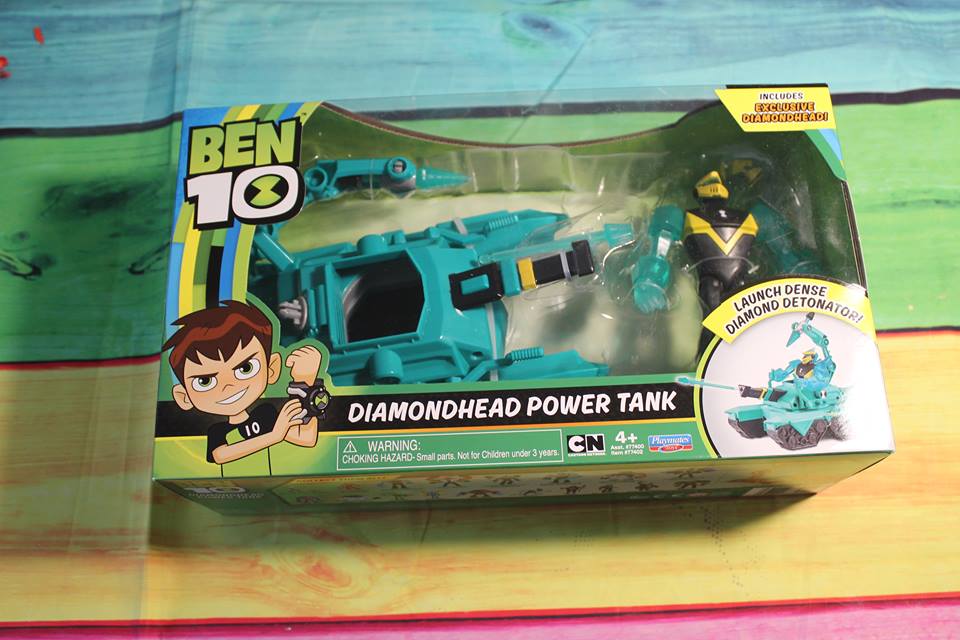 The alien vehicles allow kids to explore and navigate the fierce planetary conditions found on each alien’s home planet! 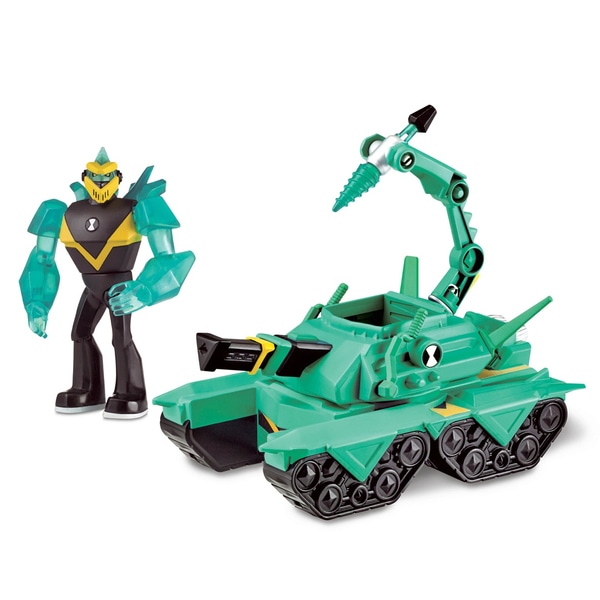 Each vehicle fires alien-themed projectiles and is also recommended for children 4 and up!  Available at many mass retailers and cost $19.99 and Ben 10 also has another awesome alien vehicle called Heatblast Rocket Flyer!
Last, we have the Ben 10 Omni-Launch Battle Figures 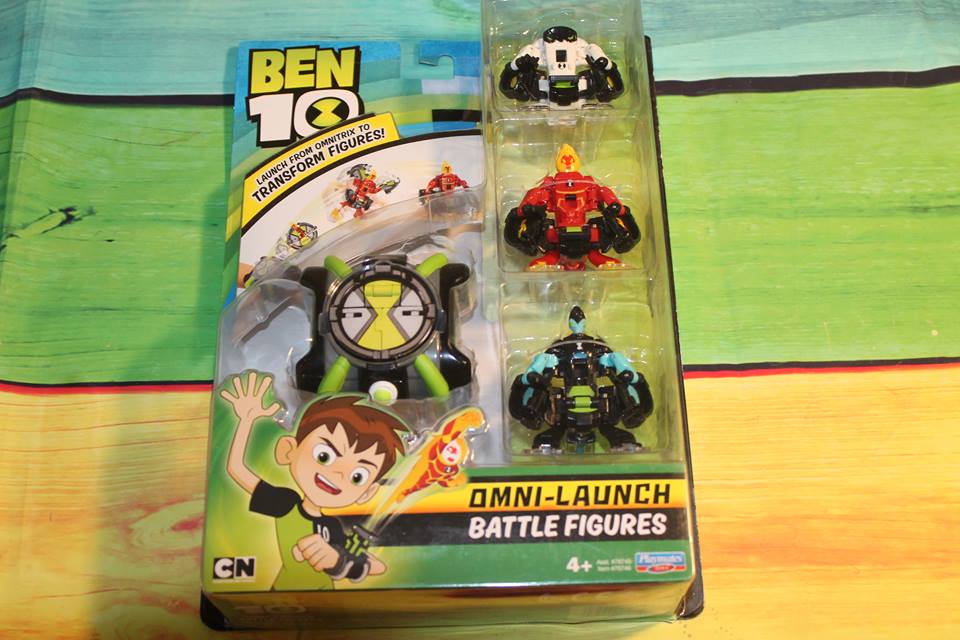 These battle figures will allow the kids to transform Ben’s aliens in a whole new way and launch them into battle!    They can use the Omnitrix launcher to load the figure disc and then launch it. The disc transforms into a figure in mid-air, ready for battle! Fold em’, load em’, launch em’, land em’! Perfect your skills and make them land on their feet and get into the fight. Which alien will you choose? The Omni Launch retails for $19.99 and can be found at many retail stores. Yes, this one is also recommended for kids 4 and up!
Well, there you have it Ben 10 new Spring Toys from Playmates Toys . Remember these are only a few toys, the Ben 10 has a nice collection of spring toys I’m sure your kids will enjoy! 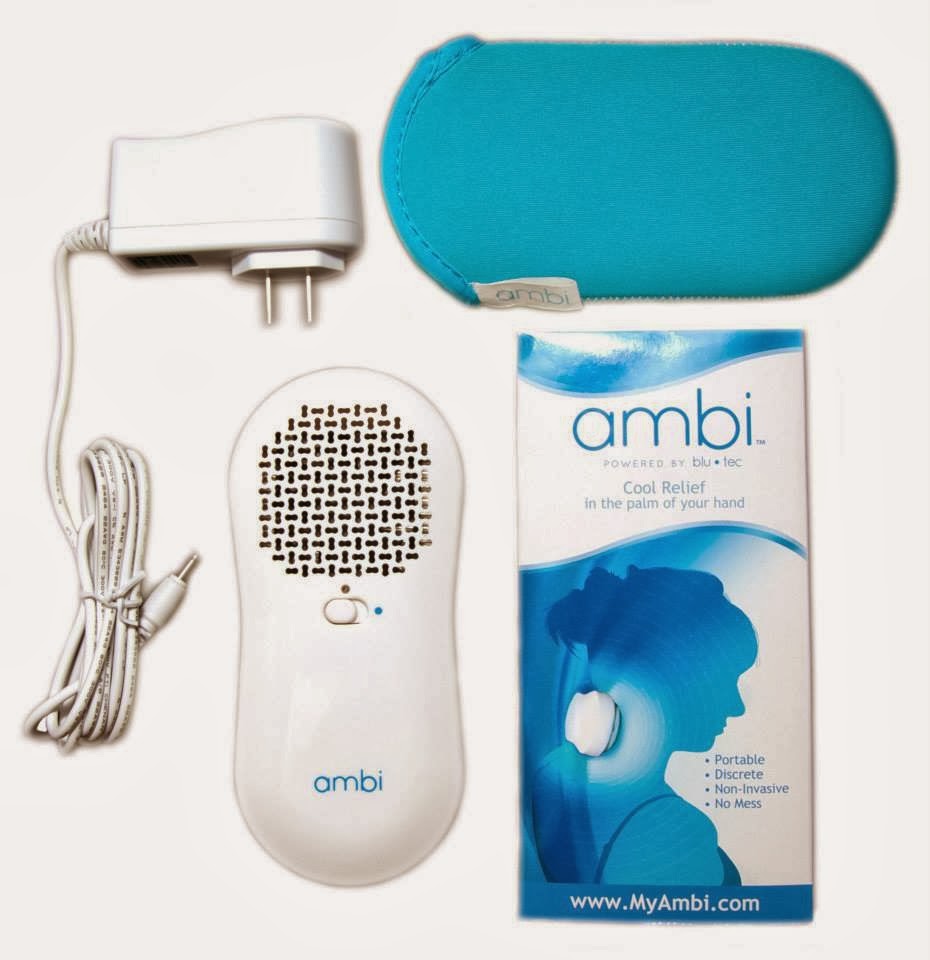 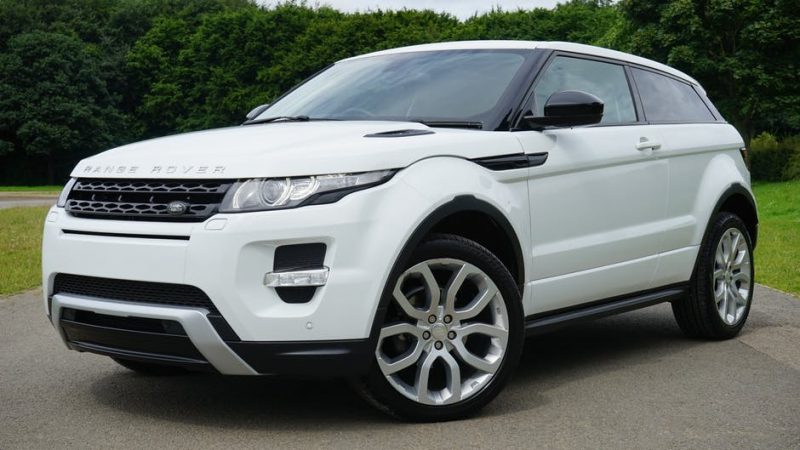 Things To Consider When Buying A New Car 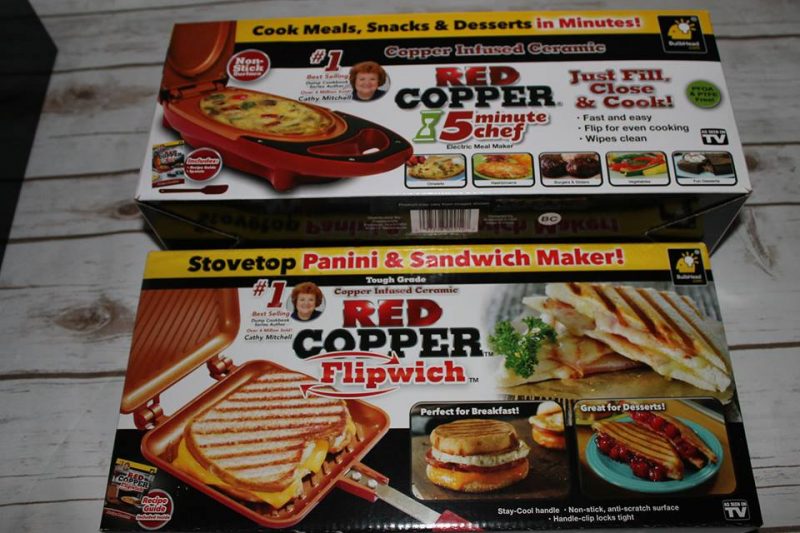 It’s A Fake! 5 Ways To Spot A Legitimate Diet Plan.