Long Island Marketing & Events CEO Teams Up with Bethpage Realtor and Autism Awareness Group For A Night of Music and Comedy. 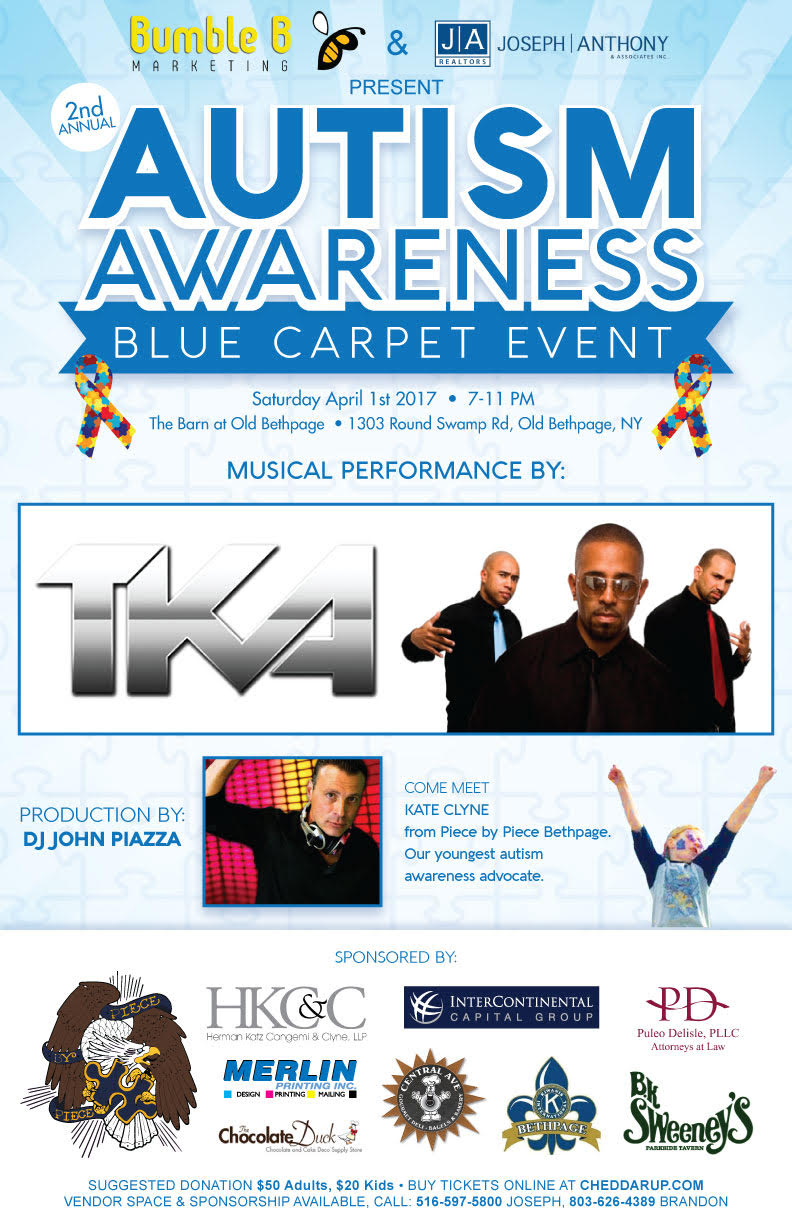 April, 2016 (Bethpage, NY) — On Saturday, April 1st Bumble B Marketing, Piece By Piece Bethpage, and Joseph Anthony & Associates Inc. come together to host the 2nd Annual Piece By Piece Bethpage Blue Carpet Event! With performances by some of Long Island’s most talented music artists and comedians, the evening will be dedicated to helping raise funds and awareness for Autism with 100% of the money raised going to Long Island families at The Barn at Old Bethpage Village Restoration – 1303 Round Swamp Rd, Plainview, NY 11803, 7:00-11:00PM!

Known for his over-the-top events and fundraisers, Brandon Irizarry has paired some of Long Island’s best entertainers, saying “this year’s event is going to be amazing! You’re getting the best of both worlds- live music and live performances by freestyle legends TKA along with DJ entertainment by Long Island’s top freestyle DJ John Piazza! It does not get any better than that!”. Including the Legends of Freestyle and incredible DJ tunes, the Blue Carpet will be hosted by 103.9 FM LI News Radio’s Stephanie O with LIVE MUSIC from the ultimate 80’s dance group The 1984 Band, special guest appearances by Comedy Central’s Carie Karavas, Long Island’s favorite comedian Tugboat Manny, best of Long Island comedian Rich Walker, and Comedian Talia Reese quoted as New York Post’s “next hot ticket” and Newsday’s “rising star”! 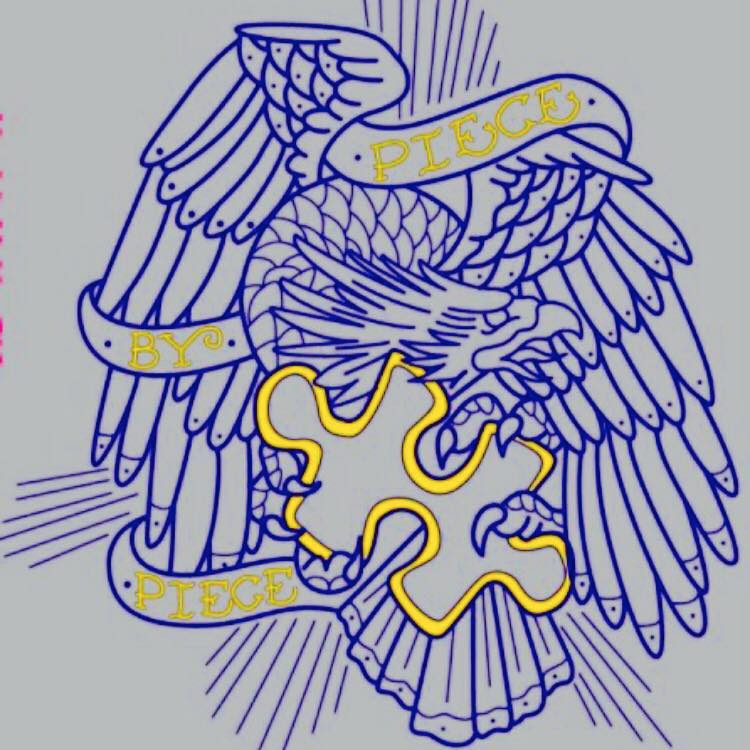 Meet KATE CLYNE from Piece by Piece Bethpage, Inc. the inspirational 11 year old who was so compelled by her desire to help her brother Michael, that she began going door to door several years ago to get out the word about autism and its impact on not only those who suffer from it, but the people who love them! Piece by Piece Bethpage, Inc.  was incorporated in 2016 as a result of her efforts.

COMPLIMENTARY SWEETS AND TREATS BY CHOCOLATE DUCK WITH ADMISSION, OVER 50 PRIZE BASKETS FOR A PICK A PRIZE AUCTION, AS WELL AS A SILENT AUCTION FOR A WEEK STAY AT THE MARRIOTT SURF CLUB IN ARUBA!

With so many amazing performers and organizations coming together to support this great cause, you won’t want to miss the 2nd Annual Piece By Piece Bethpage Blue Carpet Event THIS SATURDAY, April 1st, 7-11PM at The Barn at Old Bethpage Village Restoration – 1303 Round Swamp Rd, Plainview, NY 11803!

Tickets Can Be Purchased at: www.bluecarpetevent.org

IPEMA Summertime Play Is So Important For The Kids! @Voice_of_Play, #SummertimePlay 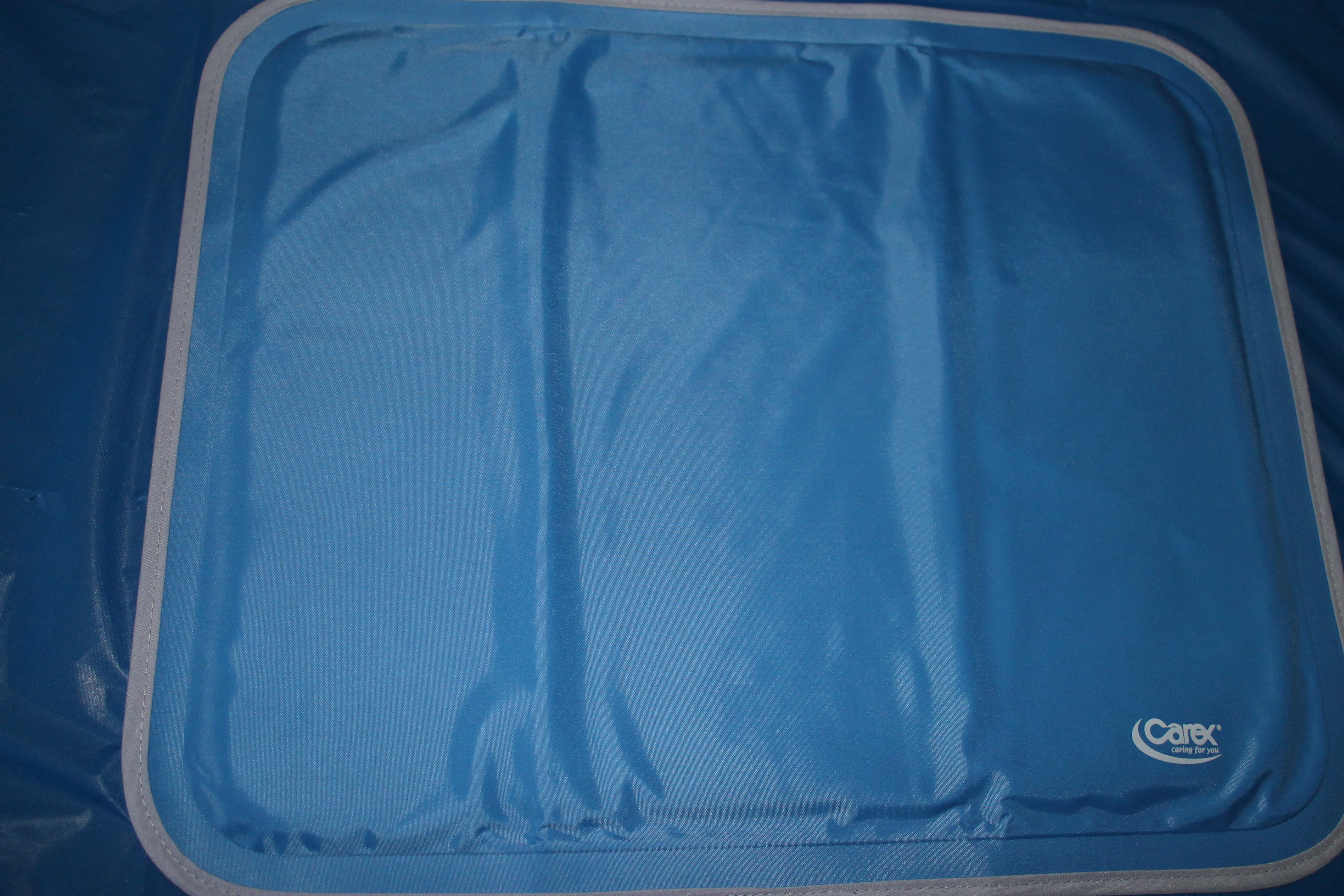 Stay cool this summer with the Pillow Cool by Carex Health Brands. 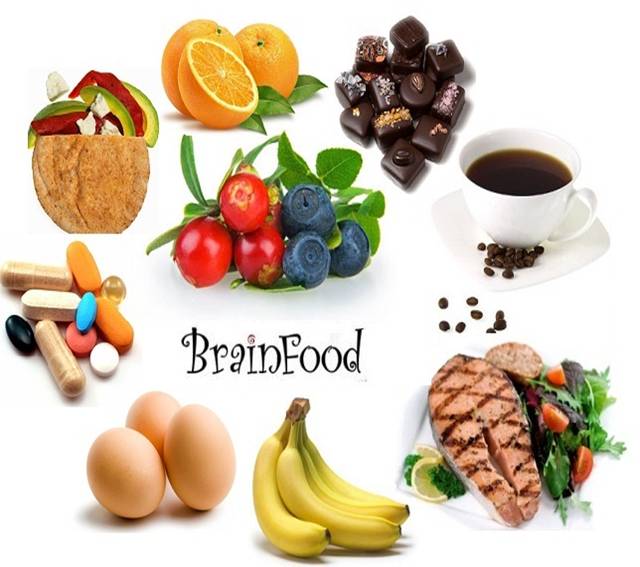 4 Ways to Improve Your Brain Health!

Effect of depression on person.

Top Tips for Staying Active as a Family.