There are few industries as charming as the airline industry. A number of people dream of being part of this glamorous industry s they get to travel (for free) and also get paid well. However, with pros come cons.

People working in the aviation and airline industry have to face a number of issues. They have to work in difficult conditions and have to face several risks as well.

Let’s get to know more about such risks:

It’s the airline’s duty to ensure the passengers are safe. Security checks are generally rigorous to ensure that traveling is a safe activity. However, amid all passenger security checks and measures, the security of workers employed in these flights and airlines is often compromised.

There have been several instances where staff members got attacked by passengers and many even had sustained injuries. This risk is always there when you’re working in the airline industry because you cannot control the behavior of others.

In most cases, the airline bans such passengers for life and may even file a legal lawsuit but that cannot always take away the physical and emotional trauma one has to go through after being attacked by a passenger.

When you think of it, no job is fully secure. You may lose your position any day, without warning. In simple words, you’ll be hired for as long as it’s beneficial for the company and you may let go once the company feels that they don’t need you anymore.

Technically speaking, that’s not a wrong thing. Why should a company keep you when they don’t need you? However, employers also have an ethical responsibility.

Downsizing is a common occurrence in this industry. A great number of airline and aviation employees are generally left unemployed due to such cost-cutting moves.

This may often make employees feel insecure and some even have to live in a fear as they don’t know when they might lose their job.

The airline staff is responsible for the entire flight. A flight attendant has to take care of not just one person but everyone on-board. If something goes wrong, they’re often blamed and questioned first.

The same goes for pilots who have the responsibility to ensure the plane lands safely. The issue was very beautifully highlighted in Sally, a movie starring Tom Hanks, which was based on a real-life story.

Even if it’s not the staff’s mistake, they’re often the first to be blamed.

You will find all kinds of passengers on a flight, including passengers with illnesses that can spread to the airline staff as some may have to work closely with the patients.

Similarly, men and women had a 74% higher chance of developing stomach cancers.

While the study could not pinpoint the cause behind such a huge risk, it said that “increased exposure to ionizing radiation from time spent in the thinner upper atmosphere as well as disrupted sleep and meal cycles could be factors.”

The on-ground staff has to face several risks. They work in a noisy environment and many even develop anxiety. In addition to this, they have to work with aluminum tower and other such tools, which may put a lot of pressure on their bodies.

While there are international laws to ensure flight attendants are never overworked, many often complain about their grueling work schedules that put a lot of pressure on their body.

Female staff members have to look good and wear heels, which may lead to problems in the later years of life. Plus, flight attendants have to spend a large part of their day standing and serving passengers.

This often leaves them very tired and some may even develop conditions. Many even say how they’re not able to enjoy their day because they’re too tired after the flight and spend most of their time catching up on missed sleep.

Being a pilot or a flight attendant is cool, but many in this industry are not happy with their private lives due to how busy they are. You don’t know where you’d be tomorrow, which can make your plans go for a toss.

Many even agree that it becomes hard to date since you’re flying most of the time and cannot always take out time for a date. However, many also say that traveling allows them to run into new people and find more opportunities to make relationships.

Believe it or not, airline staff is said to be greatly depressed. Megan Cox talked about how she had to quit the job due to depression, which may often be due to airline policies.

When you work so many hours and have no social life, you often go into a state of depression, which may impact your work and increase the risk of losing your job. Sadly, it’s a condition many airline workers have to face on a regular basis.

The risks involved in the industry overall are generally taken care of by most the large-scale airlines. However, the potential risks still persist and one must be careful to ensure the damage is minimal.

Springtime Play, get your kids outdoors to play. #SpringtimePlay & #VoiceofPlay 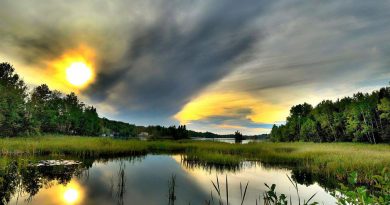 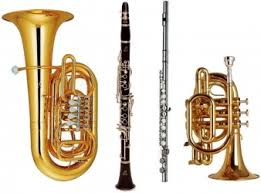 Which Musical Instrument Is Right For You?